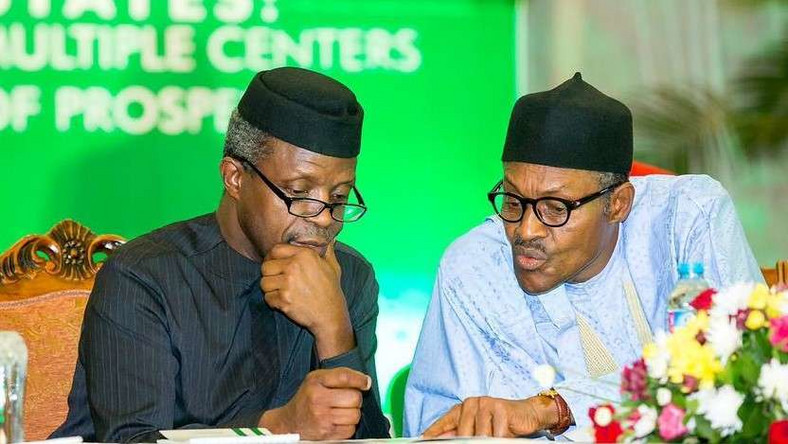 A report by Daily Nigerian indicates that President Muhammadu Buhari has approved the sack of at least 35 out of over 80 aides in the office of Vice President Yemi Osinbajo.

Sources quoted in the report but preferred anonymity, said the aides may be formally issued their sack letters on Wednesday, November 6.

Preparatory to their eventual dismissal, the aides were reportedly posted out to some line ministries relevant to their designation last month.

The move was allegedly to deny them access to the Presidential Villa and reduce the influence of the vice president in the seat of power.

“Although more than half of the aides are under the payroll of donor agencies, the cabal eased them out in order to whittle down the influence of the vice president,” a source quoted in the report said.

“None of them were queried or interdicted for any wrongdoing. It is not about cutting cost, because no aide was sacked in the president’s office nor office of the First Lady, where six more aides appointed less than one month ago. They were just sacked to reduce the VP’s influence,” he added.

Last month, a media report indicated that Osinbajo has not been left off the hook by a powerful cabal in the presidency.

According to the report, some powerful persons in the seat of power are united in their bid to frustrate the vice president ahead of the 2023 presidential election.

Although he has not formally declared his interest, there are talks of the vice president angling to replace his boss in 2023.

Sources quoted in the report say the cabal have adopted another strategy to facilitate their plot, which is that they are now bringing together “a new array of forces, including former key federal government officials, and at least, one of his staunchest political allies to wage the ongoing political fight in the presidency.”