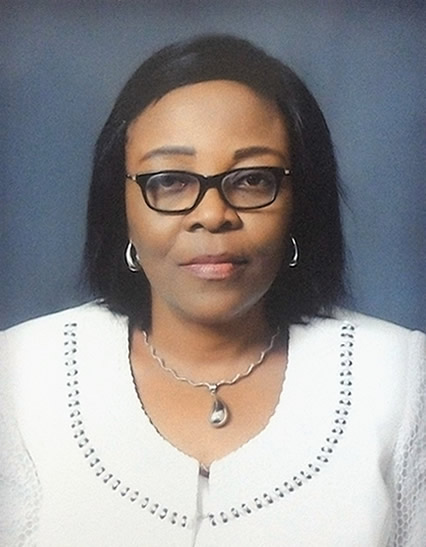 She is the Medical Director and Chief Executive Officer of the Federal Neuro-Psychiatric Hospital in Yaba, Lagos State. Dr. Oluwayemi Cecilia Ogun is indeed a brave, bold and beautiful woman who sacrificed her convenience to ensure that the mental health of Nigerians are stable and are in normal situation. After her secondary level of education, Dr. Yemi Ogun attended the College of Medicine of the University of Lagos where she graduated as a Medical Doctor with MBBS in the year 1986. She later obtained a degree in Public Health (Epidemiology) from the same University.

Venturing into the medical professional world, Dr. Ogun worked in various private and public hospitals in Lagos State before starting her Residency Specialist Training at Federal Neuro-Psychiatric Hospital in Yaba, Lagos State. She is a fellow of the West African College of Physicians which she bagged in 1997 before being appointed as a Consultant in the Hospital in 1998.

She has worked as the Head of Training and Research at the Neuro-Psychiatric Hospital, Yaba, she also worked as the Head of Clinical Services where she served from the 1st of March, 2010 to the 20th of March, 2014 before she became the Acting Medical Director of the Hospital for nine months. Her extreme and selfless service to the mental health needs of Nigerians encouraged the Federal Government to confirm her as the Medical Director of the Federal Neuro-Psychiatric Hospital, Yaba on the 1st of June, 2017.

Under her watch and as the head honcho of the biggest neuro-psychaitrist hospital in the country, Dr. Yemi Ogun has recorded gigantic feats which include the recent 50 percent increase in the number of patients treated for drug and substance abuse this year, recording a 22 percent increase in the number of new patients with various forms of mental disorders, rising from 3,591 in 2017 to 4, 376 in 2018. It was also recorded that patients with drug and substance abuse related cases seen in the hospital rose from 157 in 2017 to 235 in the current year. Lamenting that the issue of drug abuse has reached epidemic level, she said the hospital has concluded arrangement to open its Oshodi Annex to ensure that as many Nigerians with such cases receive needed medical attention. Also, on the 30th of October, 2019 the Federal Neuro-Psychiatric Hospital, Yaba held a programme tagged Book of Abstracts with the theme Emerging Trends and Innovations in the Management of Psychiatric Disorders: Challenges and Prospects in a developing Country. The event was ell attended by notable medical practitioners some of whom spoke on various topic like Psychological Correlates of Anxiety, depression and quality of Life amongst women with infertility, practice conformity with guidelines in a psychiatric hospital, toxicity and sedative effect of ethanolic leaf, psychological sequale of marijuana intoxication and many others. For the past 10 years, she has been a Trainer and Examiner for the West Africa College of Physicians. She became the pioneer Psychiatrist of the Child and Adolescent Mental Health Services Centre of the Hospital in May 1999. She has attended many local and international trainings and workshops, some of which are leadership trainings, observership programme for Child and Adolescent Psychiatry and educational capacity building programme (Doctors as Educators). She has also been involved in community outreach programmes by which she has raised awareness of the community members on mental health issues. The Child and Adolescent Mental Health Service Centre (CAMHSC) is the first multi-disciplinary Child and Adolescent Mental Health Centre in Nigeria and has become a reference point in the country. She has published scientific papers in both local and international journals. Dr. Ogun also belongs to some reputable professional associations which includes, Fellow, West African College of Physicians, Chairperson – Association of Child and Adolescent Psychiatrists and Allied Professional in Nigeria (ACAPAN) – An affiliate of International Association of Child and Adolescent Psychiatrists and Allied Professional (IACAPAP), Member, Association of Psychiatrists in Nigeria, Member, Nigerian Medical Association (NMA), Member, Nigerian Institute of Management (MNIM), Honorary Member  –  American Academy of Child and Adolescent Psychiatrists.. The vast of experiences acquired and the hard work as well as dedication to duty exhibited within and outside the hospital made her a clinician per excellence. Dr.  Mrs. Oluyemi Ogun is happily married with three children who are all successful. There is no doubting the fact that this virtuous, hard working and prudent woman of value is worth celebrating