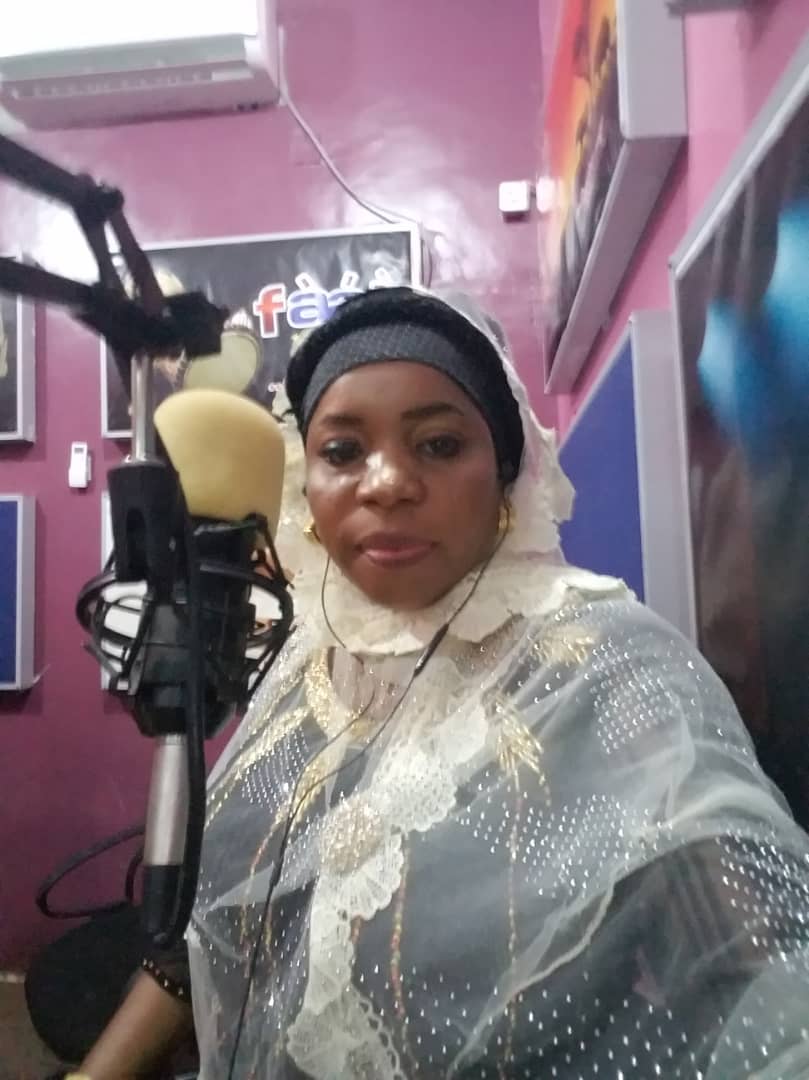 Popular OAP, Alhaja Kudirat Ashani Olayinka Erinosho,aka Omo Alalubarika,who is known in the Islamic world as Iya Nwaka of all broadcasters, specializes in Islamic programmes presentation.
She ventured into broadcasting in 2008 by undergoing training through Alfa Taloye Qasim, who back then took her to Yotomi TV. She joined Dr. Abdul Yomi Mate aka Ifankaleluyah on his radio programmes to gather more experience as they both moved from Radio Lagos to Paramount FM and other radio stations to anchor programmes alongside other trainees.

When Faaji FM was established over six years ago,her boss, Ifankaleluyah encouraged her to start an Islamic program and she started the program titled A’salam every Friday between, an early hour programme. She also anchors Sari to with other presenters during the Ramadan period.
Ashani discovered her musical talents through her programs as she keeps getting commendations and getting encouragement. As an addendum to her flourishing career,her debut album titled, Eru Elese, repentant soul, is now ready for launch. The hit track in the album is titled, Yes Sir. She has been working on the album over three years and the name of her musical band is Omo Alalubarika.
The album is due for launch 26th December, 2019 at Excellence Hotel, Ogba, Lagos.
Ankara is already in circulation for her fans and we’ll wishers who want to be part of the event, as it serves as a pass to enter the venue of the event.
Top Islamic artistes and others from another genre of the music industry have been contacted to show their support for the emerging broadcaster turned Islamic singer