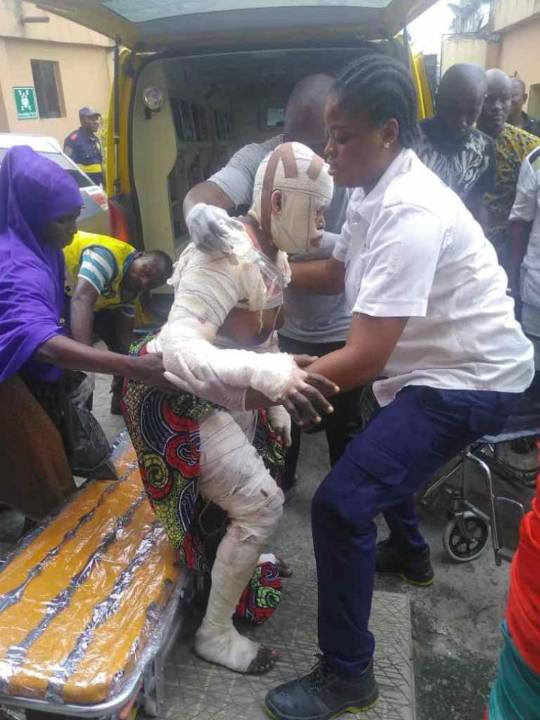 According to Kanyi Okeke for Kanyidaily’s blog,

Two persons have been confirmed dead and over 23 others severly injured in a major gas explosion in Ajegunle, Ajeromi-Ifelodun Local Government, Lagos State.

The two persons are reportedly a male and female child.

The two kids were reportedly burnt to death and 23 others severely burnt.

“Upon arrival at the scene of incident, it was discovered that a gas cylinder store had exploded as a result of gas leakage. Further investigations revealed that the fire was ignited as a result

A call being made by an unidentified resident which escalated to other nearby shops and a bungalow behind the shops.

“Unfortunately, two children ( male and female) lost their lives and multiple burn casualties were recorded; a total of Twenty Three (23) in number,” he said.

All the casualties are evacuated to the Burn Unit , Gbagada General Hospital.

One of the victims have been identified as Damilare Afolabi.

Below are photos from the scene of the gas explosion.