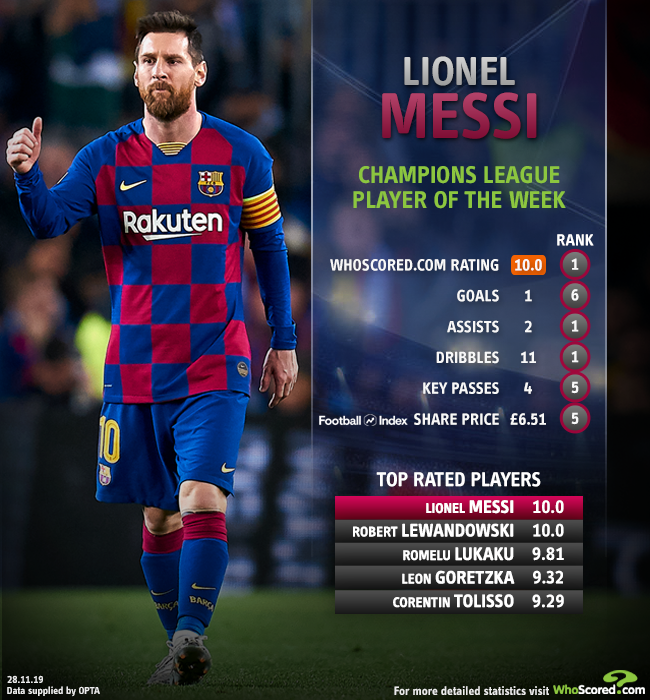 Barcelona talisman, Lionel Messi, for the world record of fourth time has been named the IFFHS award winner for world’s best playmaker of the year 2019.

The @FCBarcelona sensation is our Champions League player of the week

His stellar performance has now seen him crowned again as the playmaker of the year by International Federation of Football History & Statistics (IFFHS).

The IFFHS award for the World’s best playmaker gives points to players based off of their performance as a playmaker throughout the season.

This is the same player who won the golden boot for scoring the most goals.

Messi, a five-time Ballon d’Or award winner, currently holds the all-time record of the IFFHS most awards with nine in ten years.

He was crowned FIFA The Best player for the year 2019 ahead of Juventus star Cristiano Ronaldo and Liverpool centre-back Virgil van Dijk.