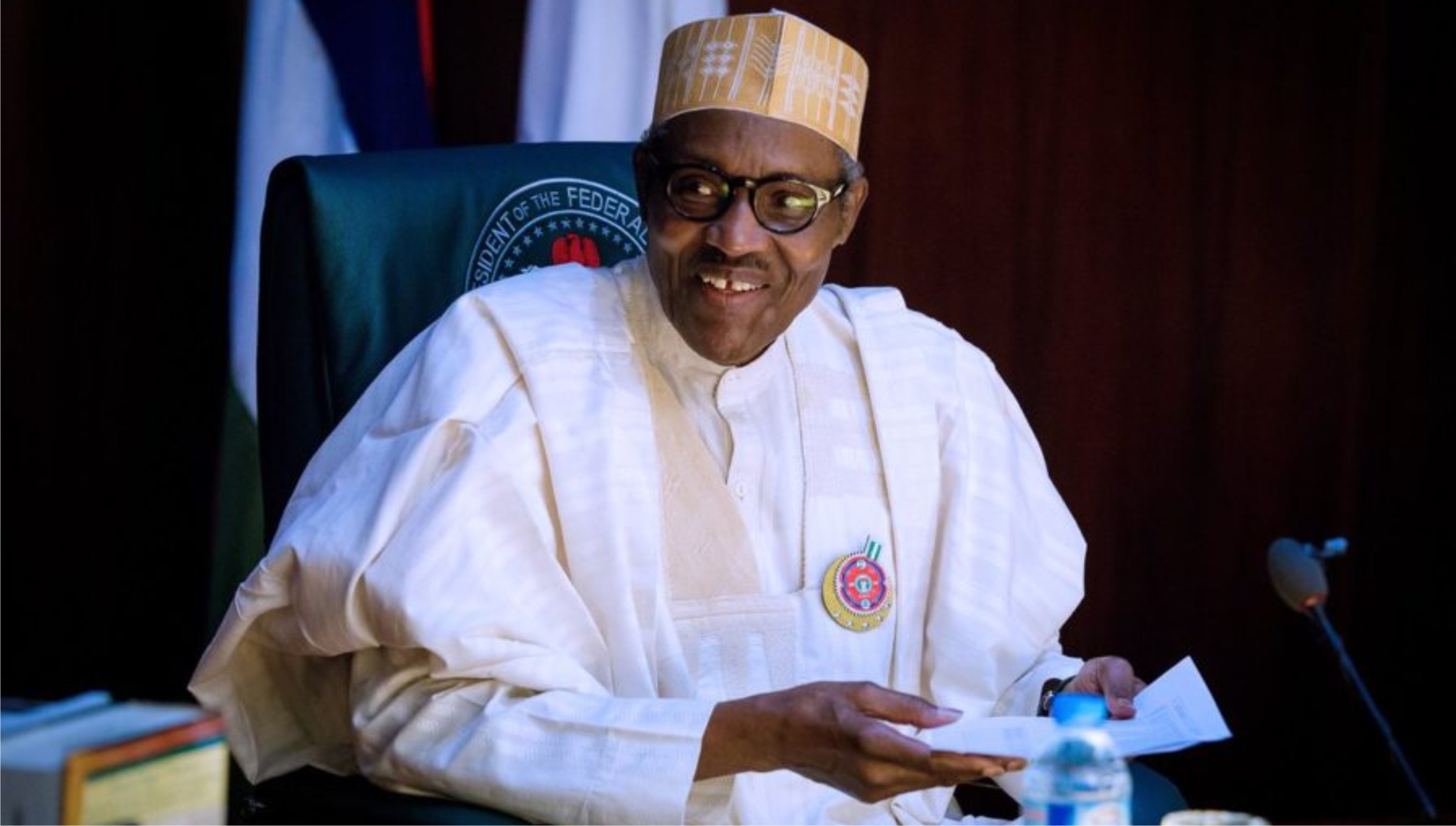 President Muhammadu Buhari on Thursday re-sent the $29.96bn 2016-2018 external borrowing plan to the Senate for its consideration and approval. Buhari made the request a day after the International Monetary Fund warned Nigeria against rising debts. The Debt Management Office has said out of Nigeria’s total debt profile of N25.7tn as of June 2019, external borrowing accounts for about 32 per cent while the 68 per cent is domestic. The President’s financial plan was approved by the Federal Executive Council in August 2016 and sent to the 8th Assembly in September 2016.

The leadership of the federal parliament led by Senator Bukola Saraki and Yakubu Dogara, invariably rejected the request in November 2016. Buhari had asked the 8th Assembly to approve plans to borrow the amount abroad to fund infrastructure plans from 2016 to 2018.The President of the Senate, Ahmad Lawan, who read the fresh request sent by Buhari during plenary, did not give details of the executive communication. In the letter, dated November 26, 2019, Buhari said the 8th National Assembly approved only a part of the External Borrowing request forwarded to it in September 2016. This, according to him, stalled the Federal Government’s implementation of critical projects spanning across the mining, power, health, agricultural, water and educational sectors.

The letter reads, “Pursuant to Section 21 and 27 of the Debt Management Office (Establishment) Act, I hereby request for Resolutions of the Senate to approve the Federal Government’s 2016 – 2018 External Borrowing plan, as well as relevant projects under this plan.“Specifically, the Senate is invited to note that: While I had transmitted the 2016-2018 External Borrowing Plan to the 8th National Assembly in September, 2016, this plan was not approved in its entirety by the Legislature. “Only the Federal Government’s Emergency projects for the North East, (Four (4) States’ projects and one (1) China Exam Bank Assisted Railway Modernisation Projects for Lagos – Ibadan Segment) were approved, out of a total of thirty-nine (39) projects.“The Outstanding projects in the plan that were not approved by the Legislature are, nevertheless, critical to the delivery of the Government’s policies and programmes relating to power, mining, roads, agriculture, health, water and educational sectors. “These outstanding projects are well advanced in terms of their preparation, consistent with the 2016 Debt Sustainability Analysis undertaken by the Debt Management Office and were approved by the Federal Executive Council in August 2016 under the 2016 – 2018 External Borrowing Plan. “Accordingly, I have attached, for your kind consideration, relevant information from the Honourable Minister of Finance, Budget and National Planning the specific outstanding projects under the 2016 – 2018 External Borrowing plan for which legislative approval is currently sought. “I have also directed the Minister to make herself available to provide any additional information or clarification which you may require to facilitate prompt approval of the outstanding projects under this plan. ”According to the President’s letter, the total cost of implementing the projects is $29.960bn consisting of a Projects and Programme loan of $11.274bn. Others are, Special National Infrastructure Projects of $10.686bn, Euro Bonds of $4.5bn and Federal Government Budget Support of $3.5bn.The letter also revealed that the projects and programmes were selected after positive technical economic evaluation and presumed contribution to the socio-economic development of the country. The projects he said, would be implemented across the 36 States of the Federation and the Federal Capital Territory.

The President explained that it was necessary to resort to external borrowing to fund the financial gap required to address the huge infrastructural deficit in the country such as power, railway, road projects and assured lawmakers of its resolve to implement the projects in a financially sustainable manner.

The President also admitted that the World Bank had provided the sum of $575m for the purpose of reconstructing and rehabilitating the North East. He said the amount, which was outside the 2016-2018 External Borrowing Plan had been earmarked for urgent implementation in the region. Some of the areas of intervention according to him are, Polio Eradication support and routine immunization project- ($125m); Community and Social Development Project ($75m).Others are the Nigeria States Health Programme Investment project ($125m); State Education Programme Investment Project ($100m); Nigeria Youth Employment and Social Support Project ($100m) and the Fadama III Project ($50m).The President therefore urged the Senate to immediately approve the $575m grant by the World Bank to enable its immediate disbursement before further consideration and authorization of the 2016-2018 borrowing plan. 9th Senate will consider fresh request on merit – SpokespersonThe Senate Spokesperson, Senator Godiya Akwashiki, told journalists on Thursday that the 9th Senate would consider the fresh request from the President, purely on merit. He said the 8th Senate rejected the proposal because it lacked details then. He urged Nigerians to be patient with the parliament as details of the expenditure contained in the request would soon be made public. Akwashiki said, “The 8th Senate rejected the request because there was no details of what the President wants to use the money for. “Details would be provided along with this request and we will consider it on its merit.” In spite of the Senate’s assurance, groups, including the Nigerian Economic Summit Group and the Employers’ Consultative Association expressed concern about the FG’s borrowing plan. CSJ’s lead director advises FG The Lead Director, Centre for Social Justice, Eze Onyekpere, said rather than continue to rely on borrowing to finance its activities, the Federal Government should adopt other sources of funding the infrastructure needs of the country He said, “The rising debt service of N2.45tn appears to be crowding out expenditure in critical infrastructure and human development. “At the end of the day, if there is a shortfall in revenue, salaries and overheads will be drawn down, debts will be serviced whilst capital projects suffer. “At 23.74 per cent of overall expenditure, the debt service is high and it is higher than capital expenditure. When the Sinking Fund of N296bn is added to debt service, it comes up to N2.746tn which is 26.61 per cent of the overall budget. On what could be done to check the high debt burden, he said, “The Federal Government should broaden the sources of revenue for budget and programme funding. Debt crisis imminent, chartered institute of finance warns The Registrar Chartered Institute of Finance and Control of Nigeria, Mr Godwin Eohoi, said that with the Federal Government spending about 20 per cent of its budget size servicing the country’s debt, any further plan to increase the country’s debt profile might result in a debt crisis. Also a former Director-General, Abuja Chamber of Commerce and Industry Mr Chijioke Ekechukwu, said the rising debt portended danger for the economy.On its part, the Nigeria Employers’ Consultative Association expressed fear over the mounting debt burdens of the nation.FG’s borrowing not sustainable – NECAIn an interview with one of our correspondents, the Director-General of NECA, Mr Timothy Olawale, stated that the figures released by the Debt Management Office earlier in the year showed that the Federal Government’s domestic debt profile rose to N15.814tn in September, 2018 from N15.629tn in June, 2018 (1.19% increase).He said the “bourgeoning debt profile calls for concern as our appetite for debt skyrockets.”He added that “This trend, which is very disturbing, could have a negative effect on the developmental capacity of Nigeria despite government’s financial managers’ argument that the rate of increase is within a manageable limit.”Olawale noted that while the effect of the increasing debt might not be immediate in totality, it could be catastrophic in the long term with a chunk of revenue consumed by debt servicing to the detriment of infrastructural development.He said, “This, sadly, is the current reality as a chunk of the 2020 budget would be used for debt servicing rather than developmental projects. This trend is not sustainable and could harm the nation on the long term.”Proposing a way out, he reiterated that “the federal and state governments, as a matter of urgency, must take deliberate steps aimed at cutting the cost of governance and recurrent expenditure.FG does not have enough to service debts – NESGOn his part, the Chief Executive Officer of the NESG, Mr ‘Laoye Jaiyeola, expressed concern over the amount being spent on debt service by the government.He said further borrowing should only be used to develop critical infrastructure, adding that the country was already spending so much on recurrent expenditure.He said, “You saw the current budget. We are spending too much to service debts. But that does not mean we should close our doors and sleep. Our concern is how do we generate more, and if in the short-term we have to borrow to generate more, let’s do that. But we need to know what we are borrowing for.“If by this time, we are still borrowing and spending 80 per cent of our budget on recurrent expenditure and overheads, it means we are not serious.“When you are borrowing, make sure you are creating good roads, investing in education and health. Healthy people will bring about more money. So, it is a challenge. We don’t have enough to service our debts but again, we have to see how we can grow.”