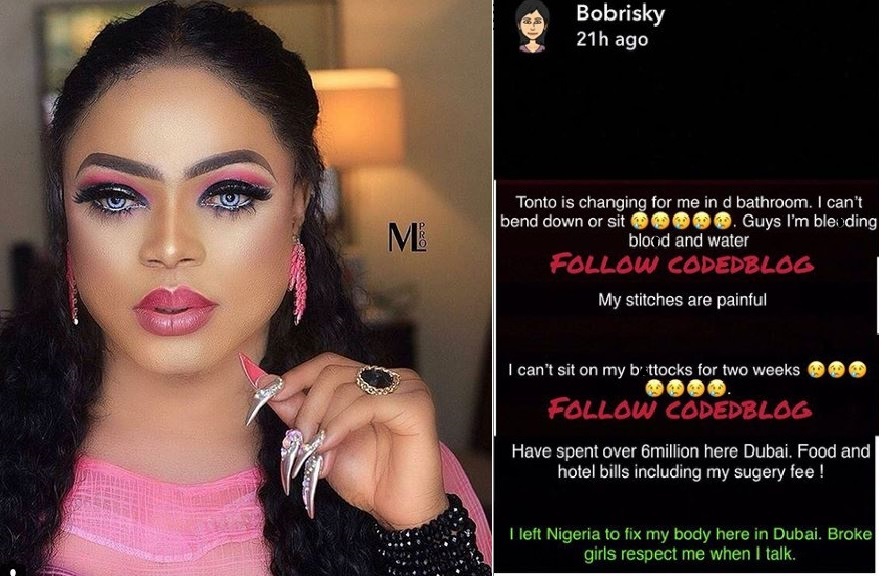 Popular cross-dresser Bobrisky who recently underwent a cosmetic surgery has given more updates about her gender reassignment surgery in Dubai. According to Bob, she has spent over 6 million in Dubai since getting there to have her surgery and now that the surgery is over, she is in severe pain.

Bob also revealed that her best friend Tonto Dikeh is the one changing for her in the bathroom as she is bleeding blood and water and is in so much pain. The cross-dresser then concluded telling broke girls to respect her henceforth.