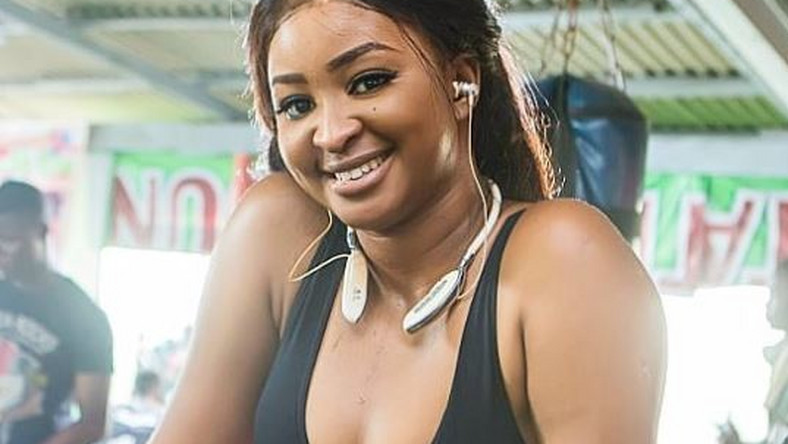 Following her controversial Instagram post where she used the bible as an ashtray and further went on to say that she could do the same with a Quran, a very close family source, who want (his/her) identity covered have revealed that parent of actress, Etinosa is not happy with her and may have disowned her as their child.

“First of all brother, please don’t qoute me, I am only giving you a listening ear because of the person that introduced you to me. Please and please, I don’t want my name or the name of my friend mentioned, else you are on your own. Now, to the matter on ground, I don’t understand this Etinosa of a girl anymore. She was never like this, she used to be a very good girl from a Godly background, but the way she is going now, sorry to say, I think she needs help. This was a girl who was well behaved and mannered while in school, she was an envy of all, but look at her today, she doesn’t even care if anyone is watching her, it’s really sad”

Now her parent are not happy at all, they are tired of her constant ill manners, unfortunately, she doesn’t even care. She is even lucky she has good parent, the other time, her parent although angry, she pleaded and they forgive her, and warned her to be careful next time and now this, his father is so raged that the house is so divided right now. They may disown her, the parents are not the public type of people. They love privacy and Etinosa knows this but she doesn’t give a damn, she has been warned to stay clear, the mother is seriously disturb. I think she has been giving a condition, of which if she doesn’t oblige, she may sized to be call their daughter” the source said.

On what the condition is, the source said she wouldn’t want to give details of that, as that would mean giving out too much information about a family she is indebted to. Recall that after Etinosa shared the video, she was slammed by both Christians and Muslims and however, the Muslims pointed out that she couldn’t do that to the Quran. Etinosa Idemudia is a Nigerian actress, a social media influencer, film maker and internet celebrity. She is best known for her online comedy skits.