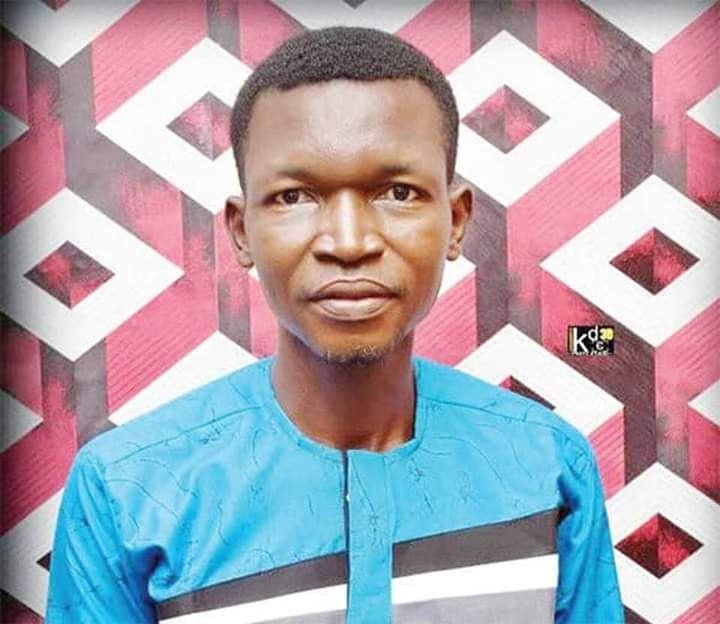 The Osogbo IRT team, led by CSP Akindele, dug deeper and discovered that the pastor was more than a Facebook friend –– Yemisi had called him severally on the day she allegedly left her home in Akure; he was in contact with her when she arrived in Benin City; also Facebook chats and text messages showed that they had agreed to consummate their relationship, prompting Yemisi to volunteer to visit Martey in Benin.

The evidence was indicting enough to warrant arresting the pastor. IRT operatives subsequently tracked him down to his residence in Benin City where he was arrested days later.
Martey, 42, confessed to the crime, claiming he dumped the corpse by the roadside. Who took the corpse away? That is the big question he could not.

In an interview with Saturday Sun, Pastor Martey gave a background of how he arrived at his present Golgotha.

His story: “My father is a Ghanaian, but I was born and raised in Offa, Kwara State. He was a pastor and because of that, I was drawn to- wards serving God. As the child of a pastor, I was always in the church for one programme or the other. At a point, I wanted to stop because they were gradually turning me into a pastor.

Unfortunately, I became sick and was at the point of death, when one of the prophets, who is close to my father, said that I must be a pastor for the rest of my life.

“After my secondary education, I relocated to Lagos and started to learn how to make shoes. I also found a good church and became a member.

I started with Life and Life Christian church where I attended Bible school and was or- dained a pastor. While in the Bible school, I got a job in fruit juice processing company where I served as a marketer.
He further claimed that he moved from one job to another until 2013 when he met his wife and they got married.

But she lost her first pregnancy “because she had excess sugar in her system.”
He continued: “I treated her and a year later she became pregnant again. She was able to give birth but her sugar level was still high.

We started moving her from one hospital to another till her family insisted that we should relocate to Edo State. Her family helped to pay for the apartment.

I joined City of Fire Ministry where I was made an assistant pastor. I could not work because of her ill health and the little baby that needed attention. We barely survived on the little allowance that the church was paying me. When her illness became worse, her family took her away. She died months later.”

Months after the death of his wife, Martey decided to join a Facebook group known as Single Parents which was where he met Yemisi. “I know her as Titilola John; it was at the police station that they told me that her name is Yemisi, “ he said.

From casual chatting, they became friends. “We also exchanged phone numbers. I have written a lot of Christian books, but I need an expert to edit it for me. She suggested that I should allow her do it free of charge.”

He suggested it was the woman who pushed for a relationship: “She was based in Akure and had been disturbing that I should visit her. I told her I did not have much money to send to her. She then insisted that she would borrow money from a friend and travel to Benin. She kept saying I should allow her to be part of my life and help me take care of my son.

He also tacitly blamed the de- ceased for initiating what happened afterwards. “At about 9 pm after praying, she asked me if I was just going to allow her sleep without touching her. I told her I need to remarry and have children––but she was 54 and above childbearing age––but I told her I cannot marry her. She kept pleading that we were a good match, arguing that I am a writer and she was good at editing and she could get pregnant by the grace of God”

“She pleaded with me that since her husband left her, no man had touched her and that she needed sex. I agreed. We made love. It did not last more than 20 minutes because I was tired. She was satisfied with the little time we spent. We slept off and around 4 am.”

Death after s#x
Martey recalled being terrified to discover the woman whom he had sex with some minutes ago was lying dead on his bed.

“I tried to wake her up so that we would pray. Her body was cold and when I turned her around there was foam on her mouth,” he narrated.

“I panicked and did not know what to do. I have not lived for long in that area. If neighbours discovered that a woman died in my house, they would kill me before I get to the police station. I am the only one living in the compound, so no one saw us when we walked into the compound. I decided to dispose her body before the day break. I dragged her from the bed to the street and dumped her by the roadside.”

When he came out at about 5am, he saw people gathered around the corpse snapping pictures.

“They wondered who dropped the dead body there. I walked past them pretending to be an onlooker. After- wards, I went back to my room, knelt down and prayed. At 6 am, I came out again and discovered the body was gone.

“Three days later, I received a call but refused to pick it because I was scared the caller could become suspicious about my shaky voice. No one called again till three months later when I received another call from her family member. They asked me if I knew who Yemisi was and I said yes. They asked if I had seen her recently and I said no. I told the caller that we were just Facebook friends and I have never seen her in person.”

Martey claimed he was tormented by guilty conscience.
“I couldn’t even tell the General Overseer of the church because I was scared that they will condemn me,” he said, “Everyone will say that I committed fornication and this was the way God chooses to punish me.”

He added: “I never had peace of mind. This was why I kept her phones and bag; my mind told me that one day, police might come for me.”

Martey insisted he did not poison her “because I ate from the food.”

He said: “If I killed her, will I stay in Benin and wait for police to come and arrest me? Police should go back to that street and ask them if a certain corpse was dumped on our street around June. How I wish that police can find the corpse, this is the only way that I can prove that I am innocent. I have a lung disease, so I cannot even have sex with a woman for more than 20 minutes.”

Once more, he admitted his guilt: “I have sinned against God that is why he is punishing me like this.”

Case not closed yet

Nonetheless, the police did not believe his confession is the end of the investigation.

“We are still looking for her (Yemisi) dead or alive. Whatever he is saying is his own side of the story. It’s only when the body is found and an autopsy performed that we can ascertain the circumstances surrounding her death,” a police source claimed.

“Finding the corpse will confirm or refute his claim. It is possible that she was murdered,” said the source.

Post Views: 361
Cool to share to any social media. Click preferred icon to sharers
Tags: Nigerian Pastor Lands In Serious Trouble As Female Friend Who Visited Him Dies After Being Intimate With Him