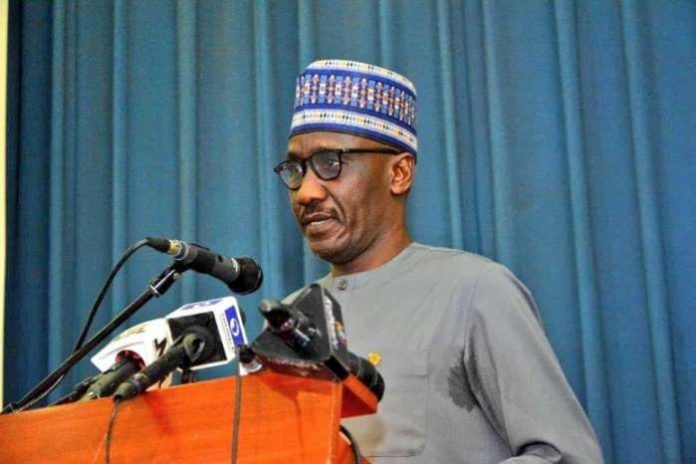 The group managing director of the NNPC, Mele Kyari, believes Nigeria will benefit from a recent oil discovery in the country Ad- Kyari says the discovery of oil in the Gongola basin of the northeast will boost employment- The NNPC boss adds that the discovery and subsequent activities in the area will boost the economy of Nigeria The discovery of hydrocarbon deposits in the Kolmani River II well in the Upper Gongola Basin section of Benue Trough can be a plus to the Nigerian economy, Mele Kyari, Nigerian National Petroleum Corporation (NNPC) boss, has said. Kyari added that apart from boosting the economy of the country, the oil and gas sector of Nigeria has a lot to gain from the discovery. According to a statement by the acting spokesperson of the NNPC, Samson Makoji, Kyari said this at the ninth edition of the ‘practical Nigerian content summit’ in Yenegoa, Bayelsa state. The statement quoted Kyari as saying: “Between the discovery of hydrocarbon in the Gongola basin and bringing the oil to the market, a lot of processes would be triggered which would snowball into a labyrinth of productive activities with the potential for massive job creation across the value chain.”Represented at the event by Farouk Sai’d, chief operating officer, corporate services of the NNPC, Kyari said the processes would help the country with thousands of direct and indirect employment. The NNPC boss further promised that Nigeria would make more discoveries in oil and gas in the Dahomeh and Anambra basins that would bring more jobs and employment for the people.

NNPC, on Friday, October 11, announced the discovery of oil in the north eastern part of the country. The disclosure was made by the acting group general manager, group public affairs division of the corporation, Samson Makoji. According to Makoji, the discovery of oil and gas in commercial quantity in the Gongola Basin will attract foreign investment, generate employment for people to earn income and increase government revenues

Post Views: 260
Cool to share to any social media. Click preferred icon to sharers
Tags: What can happen to Nigeria now that oil has been discovered in northeastern Nigeria - NNPC boss KyariAuthor: Eromosele Ebhomele