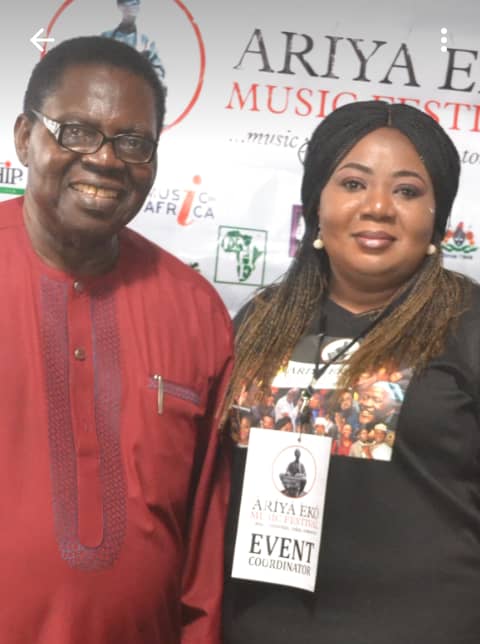 The great vibes of these iconic Nigerian musicians in the 60s and 70s, are gradually diminishing. Today, their genres of music are rarely being produced, promoted or appreciated, due largely to generational shift, and the demise of some of the older music practitioners, or introduction of new genres of music, thanks to civilization. In order to bring back the lost legacies of these great musicians and preserve indigenous band culture, as well as give Nigeria quality musical identity as of old, the management of Evergreen Musical Company, led by Bimbo Esho, initiated Ariya Eko Music Festival holding on December 15 at the Lagos City Hall.

The convener, Bimbo Esho stated that the festival project was initiated to also celebrate Lagos, a city that has given room to lots of artistes from various ethnic backgrounds to freely express themselves. Highlight of the festival is the Evergreen Music Hall of Fame, in honour of Chief Ebenezer Obey. Esho recounted that in Lagos in the 60s and 70s, genres such as Waka, Juju, Sakara and Apala thrived, but are now fading away because of lack of its propagation, which gives room for the hip-hop, now known as Afro beats. She said musicians from Nigeria’s neighbors such as Ghana, Senegal, Côte d’Ivoire and Benin would be glad to watch live performances of these genres with nostalgic feelings. Esho noted that the present generation of youths is carried away with what they listen to, which is hip-hop music.

“The scope of the festival is just to celebrate Lagos, to let everybody know that we have our own kind of music, and what is peculiar to us, not only as Lagosians but as Nigerians. The festival will feature renowned musicians, such as Shina Peters and Chief Ebenezer Obey, who will be the major highlights of Evergreen Music Hall of Fame. There would also be live performances, from Jimi Solanke and Obesere.

‘’The venue of this year’s Ariya Eko Musical Festival is the Lagos City Hall because of its historical records. And award of life time achievement would be given to Peters for his contributions. The show will be an annual programme,” she said. On the relationship between Faaji Agba Eko and Ariya Eko, she said: “The concept of Faaji Agba Eko, was a rescue to celebrate Lagos music, particularly to create a concept that the elders will be in tune with since many of the music festivals in Nigeria seem to have relegated them to the background without considering the fact that they have music mind. But Ariya Eko is all encompassing for both old and young.” She added: “The event is borne out of the need to make every African man think inwards that they have a musical root and identity, that they should promote and preserve for posterity. “Interestingly, we are happy that the Lagos State Government has bought into this concept as partners, so we are hopeful that other stakeholders will support same. “We hope that proceeds from this concert over time will be used to set up Evergreen Music Hall of Fame that will serve as museum space where the story of every Nigerian musician home and abroad will be told in pictures, relics and audio visuals”. Conception of the festival Esho further said: “The idea became necessary because of the continuous decline in music that is truly ours like Juju, Fuji, Highlife, Sakara, Agidigbo, Waka and Afrobeat. Also, the demise of many indigenous musicians has left the indigenous music industry in a semi-comatose shape. Also, the decline in the use of live bands and local instruments is another factor. We believe that as Africans, we have a musical identity and this event to us is an avenue to showcase and revive the true African spirit in creating an identity. “Lagos as we know is a place where everybody comes for fruit that rejuvenates and it is a melting point of Ariya. I am not sure if any popular artiste today became popular without singing on the soil of Lagos or connecting to the Lagos root. This festival name is for Lagos alone, but we are hopeful that if other states buy into this concept like Governor Babajide Sanwo-Olu did, we shall be ready to spread our tentacles to all states of the federation. Selection of artistes for the festival “There is really no criteria for selection, but what is key is that such an artiste must have been in the industry whether celebrated or uncelebrated for some years. He or she must also be able to feature with live band and must have songs that are truly ours and can stand the test of time. Festival as a broad platform beyond Yoruba artistes “Music is universal, hence we can’t relegate it to only Yoruba music. Many musicians of older generation that made their marks in Lagos are from different ethnic groups like Uwaifo, Bright Chimezie and Rex Lawson, among others. I think it is just a coincidence, though we have the likes of Uwaifo, Tee Mac and Helen Ibe who are not Yoruba. Read Also: I have expanded Nigerian music beyond AFrica – Martin Fayomi Audience expectation “It will be a blast, as it is a star studded event that will feature popular music icons like Obey who will be inducted into the Evergreen Music Hall of Fame. Sir Peters will be honoured with Lifetime Achievement Award and 30 years celebration of his ACE album, Tee Mac, Uwaifo, Yinka Davies, Jimi Solanke, will also be at the event, which will also feature other artistes like Buga, Ibitayo Jeje, Segun Blessing, Omileyan, Vector, Sola Vibrator, Ibe, Dollarz, Wasiu Oseni Ejire, Eko Brass Band and others. “Importantly too, the strongest tool that has been known to connect people together from all over the world is music. This project is an effortless way of using music to connect Yorubas all over the world, especially those who are also into indigenous music and music lovers all over the world who crave to stay connected to their roots. “We all know that hip-hop has taken over the music industry in Nigeria because the top players in the sector who are the youth believe they can make quick money doing hip-hop; this has adversely affected the indigenous music”.