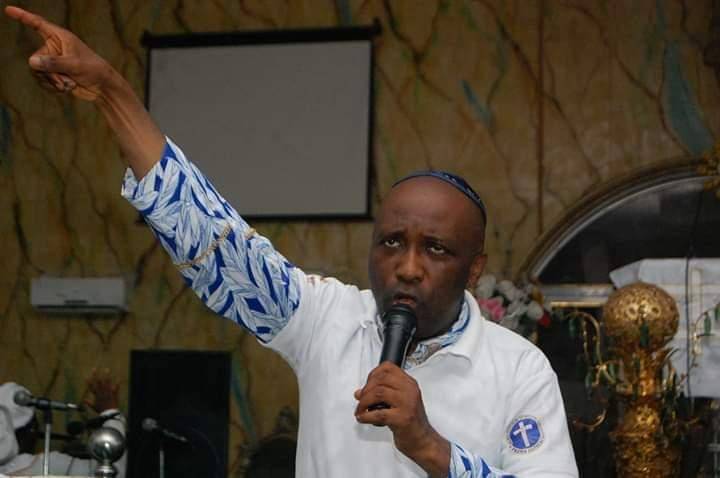 Servant of God at INRI Evangelical Spiritual Church, Ejigbo Lagos, Primate Elijah Babatunde Ayodele (JP), has proclaimed that Nigeria would go into referendum as panache to myriads of challenges facing her.

The popular cleric, during a midweek service on Wednesday 4th of December, 2019, said God told him that the next stage for the country’s challenges to be settled is to have a referendum because already, people are weary of the policy somersaults of succeeding governments in Nigeria that have not favoured the citizens in any form.

”I see a referendum coming. What form it is going to take, I don’t know but I see Nigeria going into a referendum. People will get tired with the policies being run by this government,” declared Primate Ayodele whose prophecies have remained a point of reference on national and international issues.

It is recalled that Ayodele, in November 2018, warned the then ruling political party, the People’s Democratic Party (PDP) that it would find it difficult to stop President Muhammadu Buhari from getting a second term in office.

He had said specifically that PDP would find it uneasy in stopping Buhari because the party had refused to do the right things from the beginning of its plan. He had warned then that unless PDP give Bukola Saraki its presidential ticket, its efforts to win the presidency would be in vain.

”All that the government has been doing will not meet with people’s expectations. Nigeria needs prayer. I don’t see a reprieve yet as Nigerians are going to face more hardships in year 2020.

Vice President Osinbajo needs to seek the face of God for survival, otherwise his position will be weakened gradually. His powers will be reduced.

Mark my words, I don’t foresee a Southwest person becoming president in 2023. I see that the North in 2023 will hold the whole country to ransom. I see tension before and after 2023. I see the country boiling. We need prayer to stop the tension that is coming.

I foresee markets being shut and I see markets on fire. Let us pray to God to avoid these. Let’s pray against famine in Nigeria. I see scarcity of food.

I see diseases ravaging the land. Let us pray against such killer diseases as measles, cholera, coughs and others. Let’s pray against all forms of evil attacks in churches all over the world.

Ayodele who stated that though prayers can turn negative prophecies around, said he had no answer for skeptics querying the accuracy of his prophecies.

”I don’t have an answer for them. I’m only delivering the message as sent me by God. They are not God,” Ayodele stated.