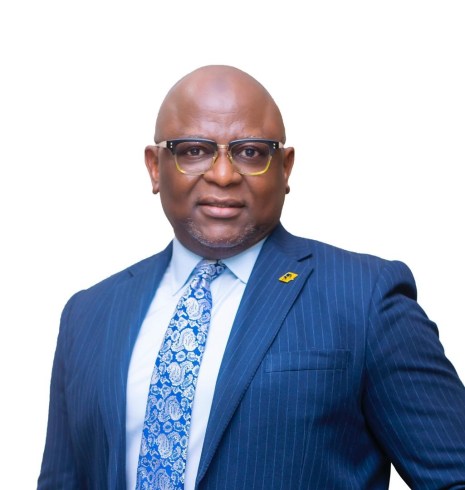 First Bank of Nigeria Limited has under its Chief Executive Officer, Dr. Adesola Adeduntan positioned the brand as a clear leader in promoting financial inclusion in Nigeria. The bank has continually reached the underbanked and unbanked population to reduce poverty, bolster economic growth and development of Nigeria.

These milestones have earned Adeduntan the 2019 Cranfield University Distinguished Alumnus of the Year Award. The Award is the School’s highest honour and recognises his significant success within the banking industry and sector while upholding the highest standards in business practice.

The 21st century has been remarkable in many aspects. It witnessed the rise of a global economy and increase in power of private enterprise that gives individuals power to run businesses successfully.

It is a century where visionary men dared, achieved and moved longstanding businesses to enviable heights. These private sector leaders succeeded where others feared to try.

Dr. Adesola Adeduntan, the Chief Executive Officer of First Bank of Nigeria Limited and Subsidiaries is one of such leaders.
Adeduntan who took the role to run one of Nigeria’s biggest Tier-1 bank since January 1, 2016 has kept in on a path of sustainable growth and contributions to the nation’s domestic economy.

He has served as a Senior Vice-President & Chief Financial Officer at Citibank Nigeria Limited, a Senior Manager in the Financial Services Group of KPMG Professional Services and a Manager at Arthur Andersen Nigeria, among other exciting career paths.

The bank chief with several years of banking experience has contributed immensely to sustaining FirstBank’s position as a leading Tier-1 bank in the Nigerian financial services space.

Adeduntan is the recipient of the 2019 Cranfield University Distinguished Alumnus of the Year Award, United Kingdom. The Award is the School’s highest honour and recognises those individuals who have achieved significant success within their industry and sector while upholding the highest standards in business practise.

The astute banker has carved a niche for himself by positioning the FirstBank brand as a clear leader in promoting financial inclusion in Nigeria given the significant strides the bank has made in reaching the underbanked and un-banked population designed to reduce poverty and importantly bolster economic growth and development of Nigeria.

As a global thought leader, Adeduntan is well-sought after and has shared his experience and expertise at notable events across the world espousing and even envisioning financial inclusion in the next 125 years.

These events include the 2019 Ethical Finance Conference in the UK which had in attendance over 500 leading finance practitioners from all over the world including with Sarah Breeden, Bank of England; Dame Susan Rice, Banking Standards Board; Gary Gillespie, Chief Economist, Scottish Government; a keynote speaker at 2019 University of Edinburgh Sustainable Business in Africa Forum; The Africa CEO Forum 2018, Abidjan; the London School of Economics and Political Science (LSE) Annual State of Nigeria Conference as well as 2019 LSE Africa Summit.