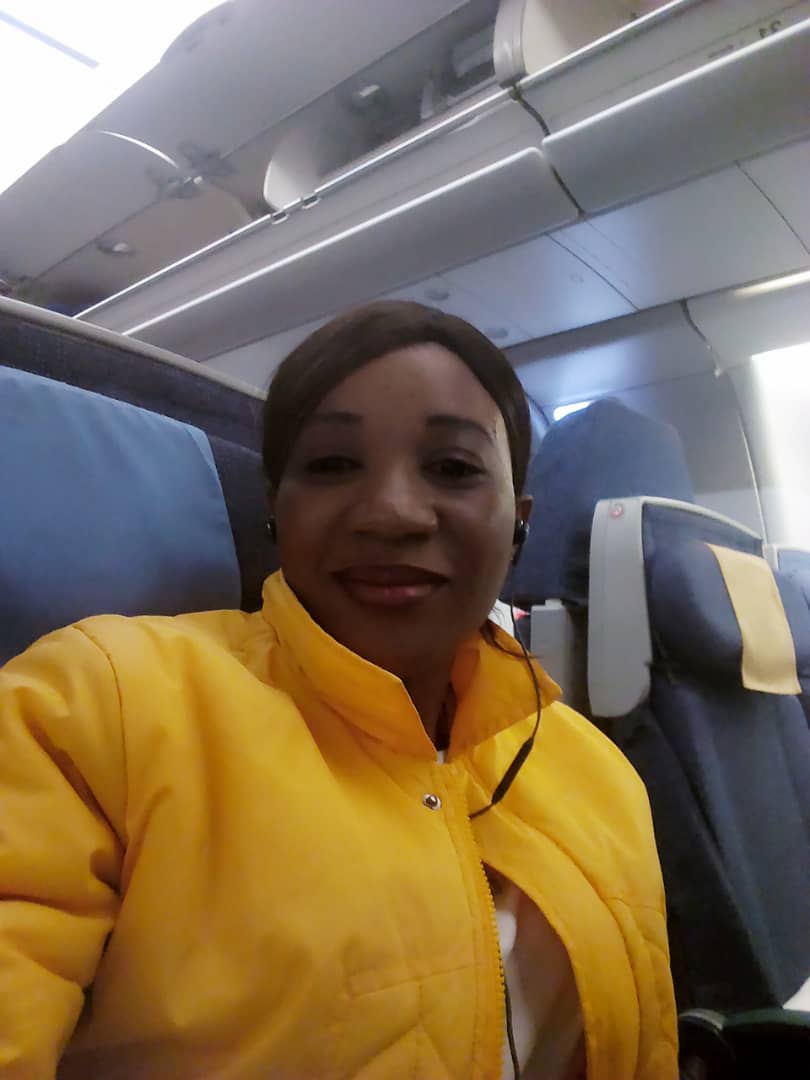 A mother of two, Mrs Taiwo who was stranded in Lebanon, has been rescued after the homemade video went viral in the social media. In the video, she had disclosed her identity and revealed her hometown to be ‘Erukucity’ in Kwara State.
The video, which circulated for days, caught the attention of the CEO of Phemmick Life Support, Network Dr. Toyin Aborisade, coincidentally an indigene of Erukucity, who sprang into action and set the tone for the eventual rescue of Mrs Taiwo. It was learnt that Dr. Toyin Aborisade, after watching the viral video and found out the woman is an indigene of his hometown ‘Erukucity’, quickly sent messages to some Erukuans who live in Kwara to inquire if anyone could identify her and as luck would have it, she was identified by Mr. Olasunkanmi Ayeni, the PRO of NSCDC Kwara State who he even traced Taiwo’s compound to Erukucity,
Her twin sister, Kehinde was contacted and it was she who gave an insight into the whole scenario. According to her, a Lebanese who lives in Ilorin had cajoled Taiwo with a promise of a teaching job in Lebanon not knowing that the man had other plans of luring her into the hands of another Lebanese agent in Lebanon for slavery.
When TRUST BETH NEWS put a call to Phemnick Life Support boss, Dr. Toyin Aborisade, he said it took God’s intervention and the efforts of Ayeni Olasunkanmi NSCDC Kwara State PRO; Mr. Harry Ilori, EPU Financial Secretary; Mr. Sola Daniel EPU President, Phemnick Life Support staffers and NSCDC Kwara State who wholeheartedly made every effort to get the Nigerian-based Lebanese agent arrested and instructed him to put a call to his partner in Lebanon on how to secure Mrs Taiwo’s release. The Lebanese agent demanded for $2000 to be paid into her account before Taiwo could be released. Without hesitations, Phemnick boss Dr. Toyin Aborisade transfered $2500 to Mr. Harry Ilori who paid the money to the Lebanese.

As at the time of filing this report Taiwo had arrived Nigeria and was received by Phemnick Life Support staffers and Nigeria Civil Defense, Kwara State Squad.

Meanwhile, another victim, a single mother identified as Omolola, a native of Osun State has cried out to Phemnick Life Support,Network and a leading travel agent in Nigeria to also come to her rescue.

A reliable source has confirmed to BETH NEWS that Phemnick Life support boss has also paid $2500 for her immediate release from Lebanon.

The Nigerian-based Lebanese agent is cooling off in the custody of NSCDC while investigations are on.