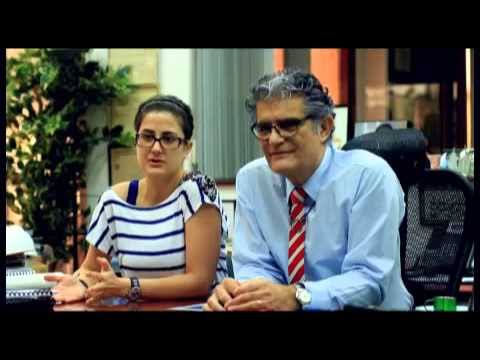 Nigeria-based foreigners who’re contributing to the nation’s economy in terms of visible investments and employment generation will be honoured and celebrated during the Ethnic Business Awards on Valentine’s day, February 14th, 2020. The event holds at the prestigious Oriental hotel Lagos.
These diaspora foreigners who have chosen Nigeria as home despite the stormy waters, according to the organizers of the epoch making event deserve more than celebration and will be honoured in different categories such as Ethnic Man of The Year, Woman of The Year, Entrepreneur of The Year, CSR Brand, Beauty Brand, Financial Institution to mention but a few.
On the Ethnic Man of The Year category are revered international business tycoons such Alli Mousalli of Cool/Wazobia FM, Allon Nelken, (Mega Plaza), Benoy Berry (Contec Group), Robert Tung (Wempco), Mann Lababidi of Crown Flour Mills to mention but a few while the nominees for Ethnic Woman of The Year are Diana Chan (GAC Motors), Kavita Chellaram (ArtHouse Contemporary) and Caterina Bortolussi of Kinabuti Fashions.
Other prominent members of the international community who will be awarded at the night of fun and business network are Mofid Karameh, the man behind the popular Mikano generating plants, and top diplomats while manufacturing companies like Skyrun, Haier Thermocool, LG, Mobile Telecommunications company,  Huawei, Power Horse among others are also competing.
Other interesting categories are the Ethnic Financial Institutions where the likes of Stanbic IBTC, Standard Chartered and Citi Bank are being nominated.
Foreign entertainers who’re making waves in the Nigerian showbiz industry will also be honoured in the catrgories itemized as Cross-Over Actors, Actress and Musician of The Year. Prominent African stars such as Juliet Ibrahim (Ghana), Princess Shyngle (Gambia), Cynthia Emade (Cameroun), Ela Mensah (Ghana), Okawa Shaznay among others.
The Ethnic Business Awards is aimed at recognizing and appreciating the outstanding contributions of foreign businesses, organisations, individuals and communities to corporate Nigeria, “this is like thinking outside the box, the awards is designed to reward and encourage innovations and excellence among Nigeria-based foreigners in enterprise”.
Inspired by the growing population of foreign investors, organisations, individuals and migrants communities who have impressed with remarkable inputs into the growth of the Nigerian economy, the Ethnic Business Awards [EBA] seeks to reward the best practices in commerce, international diplomacy and excellence across other industries.
Nigeria became Africa’s largest economy for the second year in a row according to a multinational professional services network, PricewaterhouseCoopers (PwC), in 2019. Beyond doubts, this feat would have been impossible without the faith reposed in her by men and women of other nationalities who have defied doom prediction to swarm Nigeria to grow her commerce.
The EBA (www.theethnicbusinessawards.com) pays very special attention to promising and established foreign companies, missions, communities, organisations and individuals of sterling qualities all of whom have been identified and grouped into different categories following a public opinion poll and wide consultations with some of the industry’s finest experts.
The event holds on St. Valentine’s Day, February 14th, 2020 at the prestigious Oriental hotel Lagos