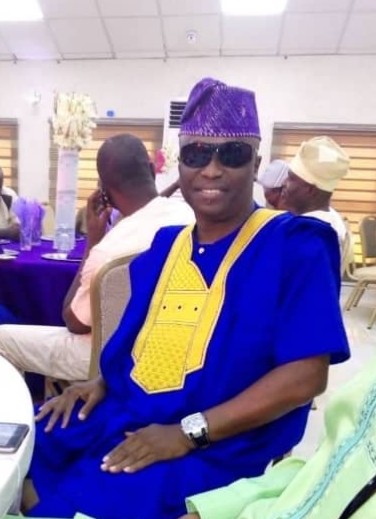 WE can’t as yet ascertain the identities of the armed robbers as there could well be the involvement of BH or ISWAP terrorists. I however pray not because it’d be too daring of them to venture this far off their northern enclave to perpetrate such heinous crime. If it turns out that am proven wrong, then we are in a bigger mess that AMOTEKUN will do well to contend with.

Terrorism groups have been known to veer into armed robberies, kidnapping for ransom and all that to either shore up their financial base or make a psychological statement or both. It’s a behavioral pattern that’s worrisome and more dangerous than if the robbery incident was carried out by professional armed robbers without ideological leanings of religious extremism.

This brings me to the premise of Ile Oluji bank robbery post mortem. I wouldn’t know what happened to intesfying Intelligence gathering and surveillance of criminals before they swing into operations but this particular incident may well have a hand of an informer from within and the law enforcement shouldn’t waste time in commencing a thorough and diligent investigation to fish out the perpetrators of this unfortunate incident that’s cost the society the live(s) of law enforcement personnel and maybe other innocent but unlucky citizen(s). At this juncture, i can’t but emphasise on pro-active Intelligence gathering of the movement and activities of criminals before they hit as this strategy is proven to save costs, limbs and indeed lives in the long run.
Our policing system in Nigeria is long overdue an overhaul of administrative and operational processes to enhance capacity in crime fighting and keeping the peace. There’s no crime free society anywhere in the world but effective mitigation is borne out of good administration which include training and retraining, improved conditions of service, motivation and timely payments of retirement and disengagement gratuities, promotions based purely on merit and abilities devoid of other contrasting and ultimately destructive factors like religious and tribal considerations and financial inducement for undue advantage of postings to ‘lucrative’ assignments and selection for foreign missions.

Relatively, I wish the police management could do much better in these core areas of challenge to professionalism. Each division within a state command should by now have had a functional criminal database that feeds into the central network for ease of suspects identification especially in case of re-offenders. This is a scientific approach to crime solving, deterrent and preventive in nature and it’s the norm in societies desirous of crime fighting and maintaining a safer clime.
It’s so sad and unfortunate that there’s too much of reactive strategies in fighting crime in Nigeria Policing System and one wonders where all the budget allocations end up yearly when basic uniform needs of personnel are hardly met let alone provide adequate prevention and detection devices for special units like Anti Kidnapping Squads.

I specifically mentioned this unit because it’s created to mitigate contemporary theme in criminality which has since come to the front burner for crime stats nationwide due to huge financial gains to the criminals from ransom payments.
I doubt if up to 10℅ of state commands nationwide is in possession of a basic model of CELLPHONE INTERCEPTOR, a must tool of the trade to intercept and track criminals communications in real time or/and passively, especially post criminal activity and very delicate ransom negotiation period. This tool can as well assist with fast tracking CSI processes too but our known manual approaches are as moribund as lethargic and most unproductive.
I hope this will add to the voices of those retired and serving law enforcement officers who have been clamouring for attitudinal change and a long overdue paradigm shift in policing the Nigerian State.

*GOD Bless Nigeria but we must fulfil our part as human stakeholders……lest we contend with imminent and unavoidable collateral damage to the society as consequential effects of having and nurturing a system that’s grossly inactive, unfocused, considerably unprofessional, patently corrupt and archaic in approaches to crime fighting.