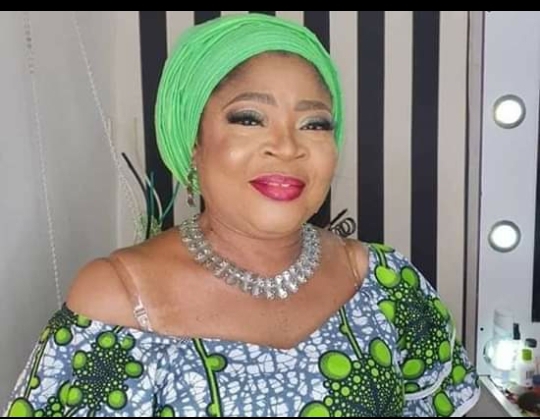 QUEEN SALAWA ABENI, the famous waka modernizer has called on well meaning Nigerians to come to her aid having received threat messages from a faceless person.In her words as culled from a socia media handle, she said,”I’m clocking 60 years old this year. Please, don’t let bad people end my life and career abruptly.”The respected ‘Waka Queen’, said she woke up today, Wednesday, April 1 and received an SMS from this strange phone number 08131802886 claiming to have her naked photos and threatened to publish it on social media if she would not pay.According to Alhaja Salawa Abeni, these photos are real but they could have been taken while she was sick and admitted to hospital or when with her ex partner.’I am very disappointed that someone somewhere will try to tarnish my image and threaten to destroy my career of over 45 years.I am almost 60 years old, I have worked very hard and made a name. This is very sad,” the adorable music diva stressed.Different comments have followed in her defence as the nude pictures flooded social media.
NOTE: some of the offensive photos sent to her are published below, approved by Queen Salawa Abeni.