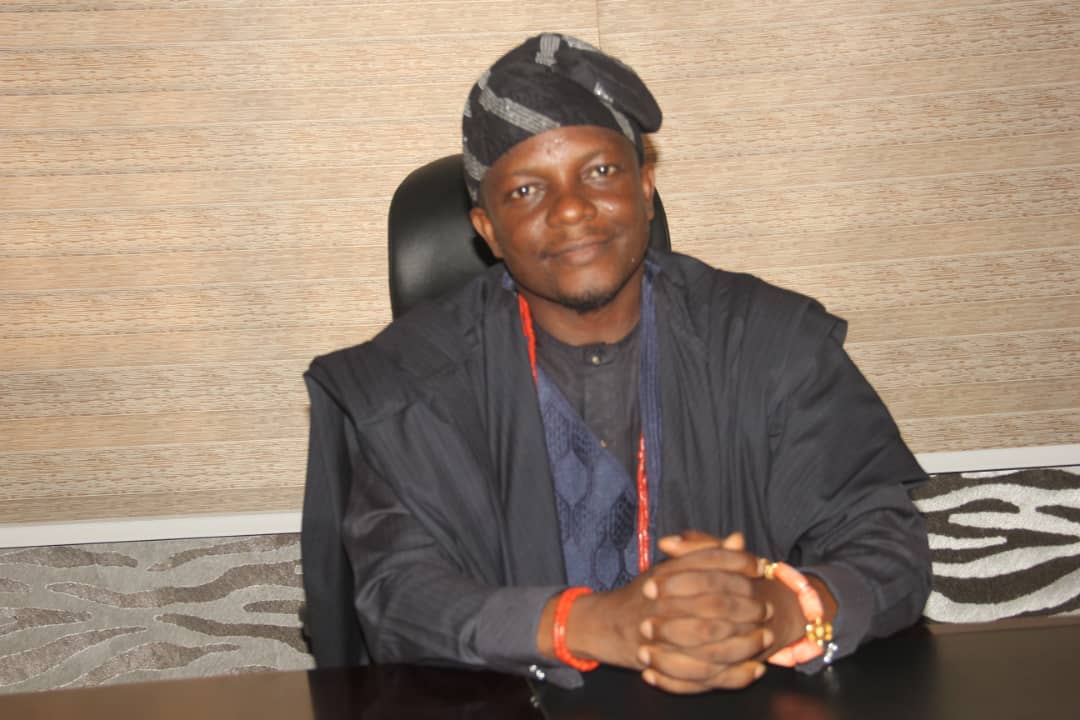 Dapo Oshin is a broadcaster turned traditional ruler. Though still in the broadcasting business, he also holds sway as the traditional head of Tom-Island in Lagos State.In this short encounter, the man of many parts opened up on some issues, especially as it affects his subjects under the lockdown order.

A: I grew up like any other child and had education took me out of home very early in life as i attended ST Joseph nursery school to Ibido pry school Agege to Vetland grammar school Agege to ogun state poly then to Yaba college of Thechnology.

B: How did you become a Baale and when did the traditional responsibility of Baale came upon you.

A: How became a Baale? Hmm! The Oracle chose me.

A:At first it came as a surprise but overtime i discovered that God wants me as an agent of development in area of jurisdiction, to serve as a model to the youth and uphold the very high value we met on ground while growing up and more importantly to ensure that good and viable products are made of our children subjects of our kingdom at large so they can become good ambassadors of our community anywhere they are in the world.

Q:As a Broadcaster how are do you combine work with your traditional responsibilities as a Baale.

A: Well, somehow it’s going on well. One is not affecting the other. God has been faithful.

Q:. For how many years have you been in the industry how did it start then?

A:Am like 20 years as a broadcaster now. After school I joined Yotomi TV owned by Late Muheeden Alade Armoire .After spending few years as a producer and broadcaster I started a programme in LTV as an independent producer working with a movie marketing company called High waves video mart,the program it’s called Oju Oja, then after a few years, I started Olotu pelu Dapo Oshin and some few radio programs including Balelayo special on Faaji 106.5 fm which I still come anchor till date.

Q: Can you tell us a little story about your Island?

A: Good. Tom- Island was discovered over 300 years ago. It has 7 ruling houses with major occupation as fishing and farming. The Island is about 100 hectares of lands in size.

Q: What are the challenges facing you as the traditional head of the Island.

A: The major challenge is connectivity with other communities in form of transportation. I want to use this opportunity to please with the government to help us with the link bridge between Badore and Tom island and good road from Elerangbe down to Tom Island

Q:How are u people coping with the inconveniences that come with era of Coronavirus pandemic.