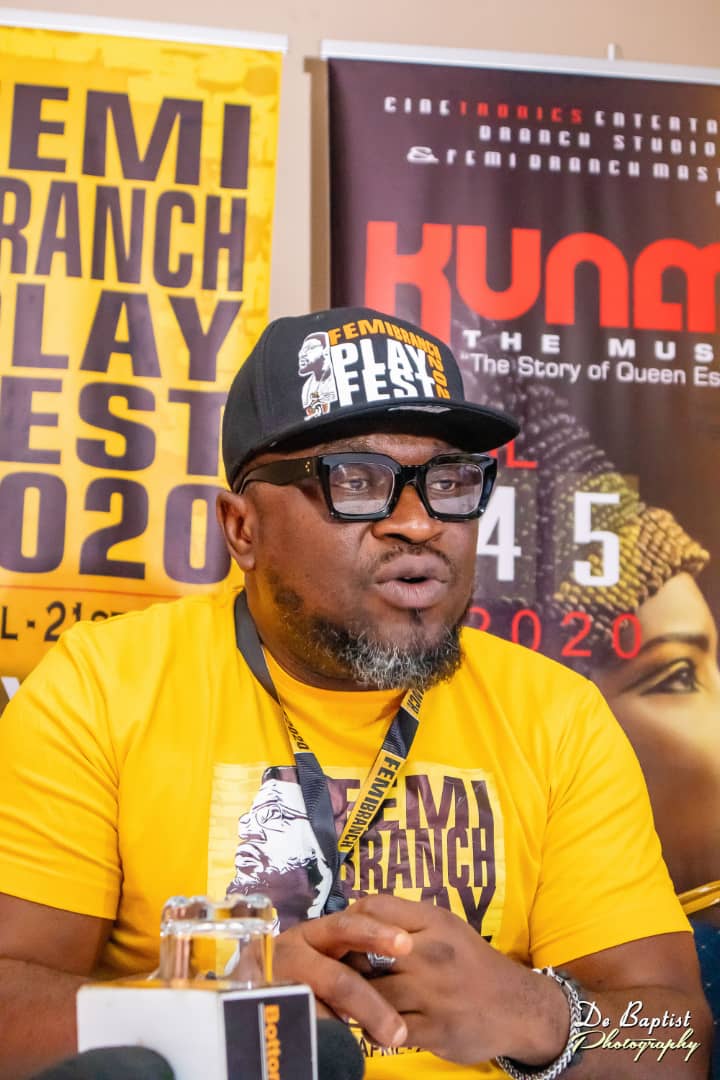 Not a new thing that popular Nigerian actor, Chief Femi Branch has been in the news for the past few months on his Femi Branch Playfest 2020 tour.
The event which was initially set to kick off February 2020 was placed on hold due to Covid -19 pandemic as some of the included cities for the playfest were affected by the lockdown order placed by the Nigerian government.
However, this has not backpedal the enthusiasm of the proposed tour designed to encourage stage play, art and culture.
Despite observation of the social distancing rule, Femi Branch Playfest squad keeps to their social media handles propagating safety tips to every Nigerian over the world most notorious deadly disease otherwise known as Corona Virus.
The veteran actor who recently turned 50 stated that the festival would begin with the musical. He added that the tour would take a one-week break in Lagos for the festival proper, which is going to feature performances by selected troupes of Branch’s other plays, such as Poi, Shalanga, Jungle Justice and Ankara Committee, with final performance being the tour play, KUNME The Musical which will involve actors, singers, dancers and musicians.
Thereafter, he said, the tour would then resume in Abuja, the Federal Capital Territory.
According to Branch, the maiden edition of Femi Branch Playfest is a celebration of theatrical writing of the actor, playwright and poet.
The cities scheduled to host the event includes, Akure, Ife, Ado Ekiti, Badagary, Ibadan, Ijebu Ode, Ikorodu, Abeokuta, Benin City and Abuja.
“Firstly, the double-fold initiative festival is a mentorship programme to nurture and develop young acting talents selected from various universities through the Femi Branch masterclass, and secondly, in honor and memorialization of my 50th birthday anniversary, I want to leave no stone unturned and pass on good legacies even while I am alive; as part of our plans to impact the youths. We are empowering 50 students and we are going to pay them.” Femi revealed.
The Femi Branch Playfest is a progression of the actor’s drive to promote live theatre through compilation of the seasonal commercial performances of his previous plays such as Itakun (Satellite Town Cinema, Lagos 1999), Poi (The Muson Centre, Lagos, 2001), Jungle Justice tour (Bonny Island, Port Harcourt, Women Development Centre, Abuja and Terra Kulture, Lagos 2013) and Ankara Committee (The Muson Centre 2018).
“We look forward to continuing our great relationship with sponsors, press, and all our fans and we are still open to more partnership with prospective sponsors as new date will be announced for the progression of the set to be annual project.” Branch added.
The project has its artistic director, Lady Prevail Olayinka as project director, Tee Abiola Oduola (Sean Polotee) as media consultant, Ben Ogeiwi as the music coordinator, Awele Onwuadi as project coordinator and others. 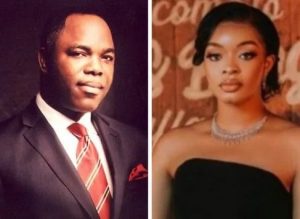 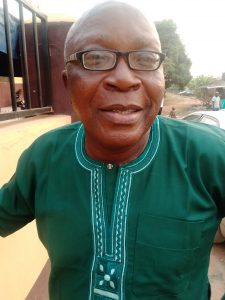