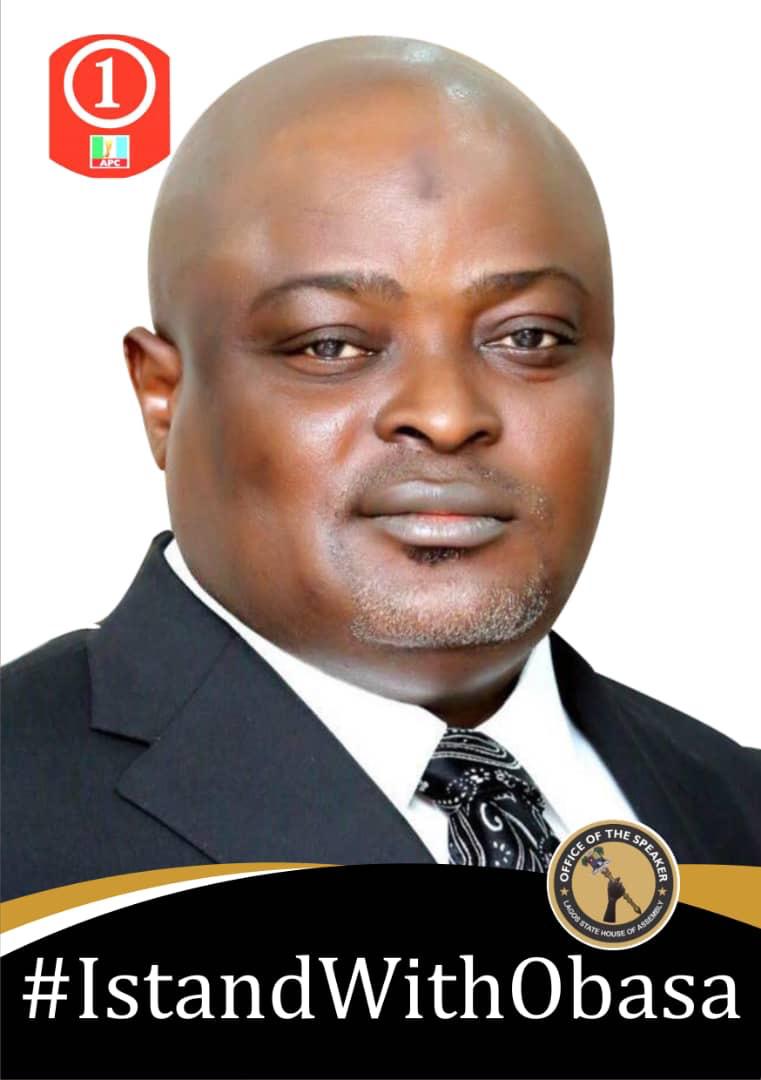 The Speaker of the Lagos State House of Assembly, Rt. Honourable Mudashiru Ajayi Obasa is a proverbial cat with nine lives, who has truly proven to be undefeated in the face of many political storms and travails that have come his way.

Notwithstanding, the difficulties he has faced and the battle he has fought within his party, the intelligent man of honour and grassroots politician, remains unscathed, and still goes on in his political adventure unhindered, as if nothing ever happened to cow him.

Since he became the second term Speaker of the most vibrant state House of Assembly in Nigeria, LSHA, Obasa has been in the front burners of news that are not too complimentary, or to say the least, very negative but the 5th term legislator has always been lucky enough to wriggle out of the many allegations leveled against him and those in the know, especially political analysts have testified, that despite all the travails he is facing as the number one lawmaker in the state, aside from the four lawmakers Obasa suspended, there are other unseen battles behind the close-door with some powerful and influential personalities in the state, those many regarded as the decision-maker of Lagos.

Despite all these allegations, he keep gaining more ground with those that matter in the Lagos and Nigeria, even the Lagos Governor’s Advisory Council, GAC, had passed a vote of confidence and thrown their weight behind the Speaker giving him even more solid footing in this trying times for the Agege I representative legislator.

But deeply grass-rooted politician enjoys so much favour and preference for the plum post across all divides in his party. The sagacious and politically-astute lawmaker who is also the Chairman of the Conference of Speakers in Nigeria has mastered the ropes so well that he’s now very instrumental in any decision-making process at both his constituency and the House, nay the Executive arm of the government in Lagos State.

Against all odds, Obasa has not fallen cheap to all these allegations, taking them as the evil machinations of his known and unknown enemies in the political turf; he sees all of them as being toothless bulldogs who can only bark but cannot bite, even as he has not really defended all these allegations with enough evidences to clear himself of the gross accusations against him.

The Agege constituency I fifth term representative in the most vibrant state assembly in the country has a knack for making waves at any political forum. Even his fellow members in the House have attested to this by passing a vote of confidence on him by assuring him of their total support in the remaining years of the 9th Assembly. This is because the political titan of sort has continued to hold the state legislative arm as one, thus making the LSHA a reference point to other states House of Assemblies in the nation.

Today, Obasa has stealthily emerged as an emerging force in the political firmament of Lagos politics, and this is no hyperbole, as Obasa is virtually a recurring decimal in most decisions taken at his party, All Progressives Congress, APC.

Rt. Hon. Mudashiru Obasa has also been amplifying via his intensive leadership of the party under his watch, on account of his largely unassailable road to an unprecedented fifth term as Honourable member, and foremost principal officer of the LAHA.

To boot, it is very clear that this man with uncommon political mien has gained so much power and influence within the party and even the House which he supremely superintends and wields so much authority