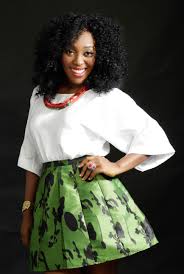 Mrs. Aimua Lancelot Imasuen in a note made available to Omonaijablog.com supported her husband and condemned the actress of trying to rubbish the good work, legacy and brand that her husband has built for the past 25 years and also trying to influence her unknown friends to come out and testify against her husband.

Mrs. Imasuen told us that she was at the auditioning and filming of the said movie 13 years ago, the year that she actually got married to the ace director.

She said from the beginning to the ending of the said movie, she was in the same hotel that Sylvia claimed she was as a new wife of Lancelot and that many people were coming around to greet her being a new wife of a popular movie director.

She wrote, “I stand strongly against Rape,Violence or any form of Molestation be it Male or Female.”

“Bent Arrows was my Husband’s first Film after we got married 13 years ago and I was with him during the Auditioning where you were openly picked by the casting panel led by my Husband and other panelists at a Hotel in Durumi, Abuja. I was also present during the filming to the last day when my birthday/cast party was celebrated.”

“Sylvia stop loosing sleep whether I was on that set or not.remember the scene shot at Mrs Isangs house? We had a little prayer meeting and I specifically made a prayer request with one of the major cast in attendance and to the Glory of God it has long been answered.”

“If your issue is with how long I was there,were you filming in My Husband’s hotel room? or were you on set to monitor a newly wedded Woman’s movement?”

“In all this, you and your co-horts can be rest assured that I stand firmly with my Husband.”

“I am a Mother of Four Girls, A practicing Accountant,if any of my Bosses ever molested me I would never go back to them to ask them for favours of any kind talkless of being cordial with them over a period of 13 Years….dear Sylvia please be guided.”

“To everyone standing and running with Sylvia well-done.you are all entitled to your opinions but remember just as much as a Girl Child needs alot of protection so does the Boy Child. When all the concentration is on the Girl Child is there a third gender for the Girl to associate with? No wonder there are so many broken homes,no wonder so many damaged Men roaming the World.”

“My Husband has built an enviable brand for the last 25 Years through sweat and blood,and we will not watch anybody tarnish our reputation. remember he who comes to equity must come with clean hands. Finally, this narrative remains open ended.”