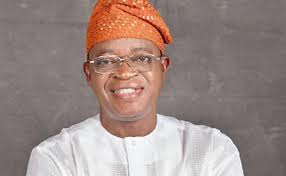 Ex-governorship aspirant of Osun state, Hon. Niyi Ajetomobi popularly known as Aladamojesha has commended the administration of Osun state governor, His Excellency, Adegboyega Oyetola and His Royal Majesty, Dr. Gabriel Adekunle Aromolaran 2, LLB(CFR) on the arrest of the arrest of illegal gold minners in Osun state, he
however advice the governor to seek the support of the Federal Government, for the state to take over the mining of it’s natural resources to make more money for the state.

Ajetomobi also hinted that, he is very happy with Osun government with the new strategy adopted now to give appointment to the deserving politician, using the party state chairman, Hon. Gboyega Famodun, and Hon. (Engr) Ajibola Famurewa, DG Ilerioluwa Ijesha, from the party for appointment to choose who deserves appointment, unlike before when the former administration hand- picked anybody without the consent of the party chairmen.

Hon. Niyi Ajetomobi congratulated the Osun state House Of Assembly speaker, Hon. Timothew Owoeye on his one year in office, commended him for his achievements and the existing relationship between the legislative and the executives in the state.

Hon. Ajetomobi aka Aladamojesha however thumbed up for Gov. Oyetola for reversing many things which made the state more cumbersome in the immediate past administration, like the single school uniform, reclassification of the public schools system and the abolition of single sex schools, as the state is back to it’s constitutional name, Osun state.

When Giraffe Global asked Hon. Niyi Ajetomobi about his political intention in the next election in Osun state, he said his aspiration to become Osun governor still stands, ”l’m warming up to re-contest for the governor of the state as I have gotten the supports of my followers both home and in diasporas, very soon, my media promotions billboards will adorn the nook and cranny of the state.