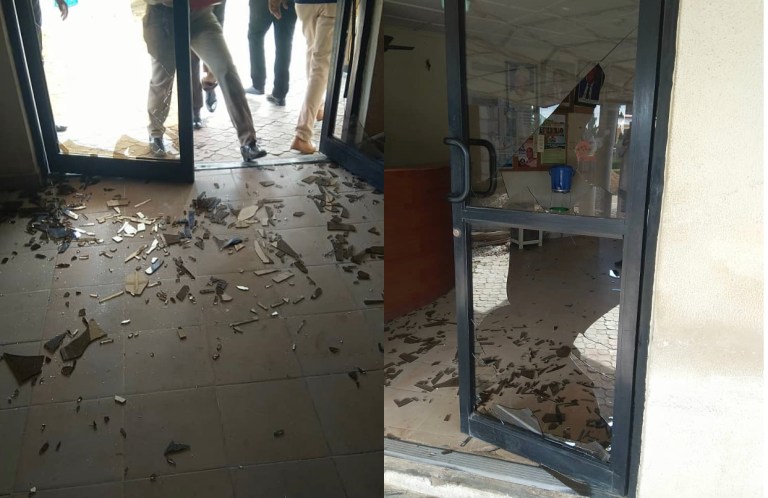 Aftermath of the attack at Federal Medical Centre

Unknown gunmen on Wednesday morning attacked the Federal Medical Centre (FMC), Lokoja, Kogi State, carting away computers and other sensitive materials from the administrative department of the health institution.

The gunmen were said to have arrived in three vehicles and harassed health workers in the facility.

The hospital had scheduled a media briefing for the day to demand a COVID-19 screening centre in the state and to also speak about the challenges health workers are facing with regard to the disease.

Items such as personal computers and phones of staffers were seized

This is coming less than 24 hours after the state Governor, Yahaya Bello, disagreed with the Nigeria Centre for Disease Control on the cause of the death of the state Chief Judge, Justice Nasir Ajana.

But the governor, who was speaking at the third-day prayers for the deceased on Tuesday, said the late Chief Judge died a natural death, urged the people not to attribute his death to anything else.

The hospital is said to be in a feud with the state government over the latter’s insistence that coronavirus is a hoax.