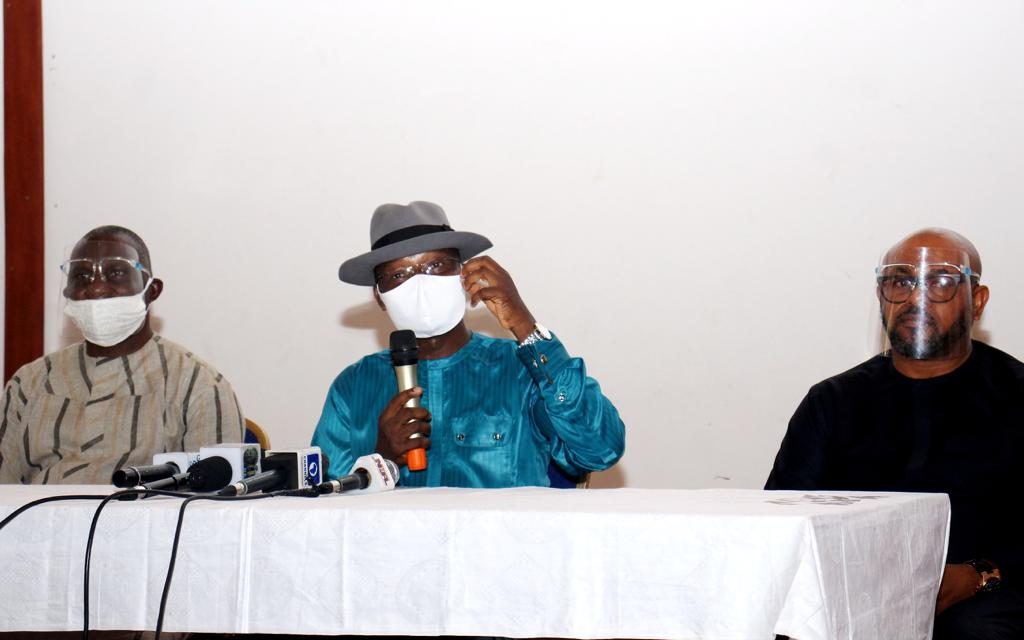 Media practitioners in Delta have been called upon to stick to the ethics of journalism in their reportage and eschew speculative and fictitious reporting.

The Commissioner for Information, Mr Charles Aniagwu, made the call on Wednesday in Asaba, while reacting to reports of falsehood trending in the social media deliberately intended to malign senior government officials in the state.

Aniagwu, who particularly made reference to one of such reports, told journalists that the linking memos to the Permanent Secretary, Directorate of Government House and Protocol, was outright misrepresentation by the online reporter, and said that memos were public documents.

He stated that the administration of Governor Ifeanyi Okowa was anchored on transparency, accountability and due process, emphasising that no government operated verbally but with memos and other vital documents.

“We need to bring certain development to your notice. We have observed that there appears to be some hirelings, particularly in social media.”

“You will recall that sometime last year, I hinted to you that there are individuals who have become tools and are always willing to write and communicate issues that are, by every sense of imagination, at variance with the realities of the moment.

“At that time, if you would recall and even up till this moment, I did say that no malicious publication would deter the government from the goals that the governor had set for the administration, which at this point, is aimed at building a Stronger Delta.”

“They wouldn’t deter us from this line nor are we going to be distracted by such report.

“We have observed in the last three weeks or a month that these same elements have gone ahead to take advantage of the privilege that they have in the social media to begin to write about memos that were used for the purpose of governance in the last five years.

“Let me make it abundantly clear that the business of government and the business of private sector operator are usually run via memos because you must communicate (write) for the purpose of evidencing what you are asking the government to do, because the money has to be accounted for.

He commended journalists in the state for their support to the Okowa administration, and solicited the sustenance of the “robust’’ relationship between the media and the state government.

On the issue of property tax, Aniagwu explained that it was not a new policy, but that the state government was only strengthening it with a plan to embark on enumeration in urban areas of the state with a view to bringing more property into the tax net.

The commissioner stated that every transaction of the administration of Governor Okowa was done transparently and not in secrecy.

He advised residents of the state living on river banks or flood-prone areas to be at alert and relocate to upland as soon as the water level increased to avert disaster.

According to him, the Nigeria Meteorological Agency (NIMET) had predicted that 18 local government areas of the state would witness flood as a result of the increase of water from River Niger.

On COVID-19, Aniagwu noted that the state government was doing well in the treatment of confirmed positive cases, adding that persons with mild symptoms of the virus were currently on isolation in their homes and receiving treatment

He advocated the need for residents of the state to continue to obey all protocols put in place by the government and NCDC so as to effectively checkmate the disease.

Aniagwu said that the recent upward review of the 2020 budget of the state after an earlier reduction due to COVID-19, was in line economic development in the country.