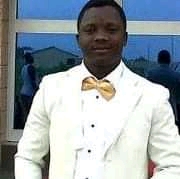 The Spiritual father and G.O of TCCG, Prophet Femi Otusanya aka Omo Majemu, is seeking for the support of individual, businessmen, corporate organizations, and sports enthusiasts to partner with him to take his three football teams which include a female team to enviable heights.

In a brief chat exclusively with Giraffe Global Online reporters recently, the anointed, vibrant and youthful man of God said, ” I want stakeholders who can partner with me financially and also reap from what they will sow to support my three football teams”

According to him, the three teams Omo Majemu Boys, TCCG FC and Omo Majemu Babes were born out of the direction from God some years back.
He revealed that the teams consist of youths from his church, other church denominations and Muslims faithful.

He hinted that his first team, Omo Majemu Boys, participated in the Ikorodu Divisional league and won last year.

”With the support of individual, corporate organizations, and other sports enthusiasts, the sky will be the starting point for these teams and this I believe would reduce the crime rate in the community and Lagos because most of the players are jobless and talented youths in football”

The Church, which is located at Ikorodu, Lagos is undergoing restructuring and at completion will become a cathedral .

However, Prophet Otusanya hinted further that, he has an inspiration from God to create a group, which will be called Christian United

According to him the group will consist of some Christian leaders that has one aim of winning souls for Christ.