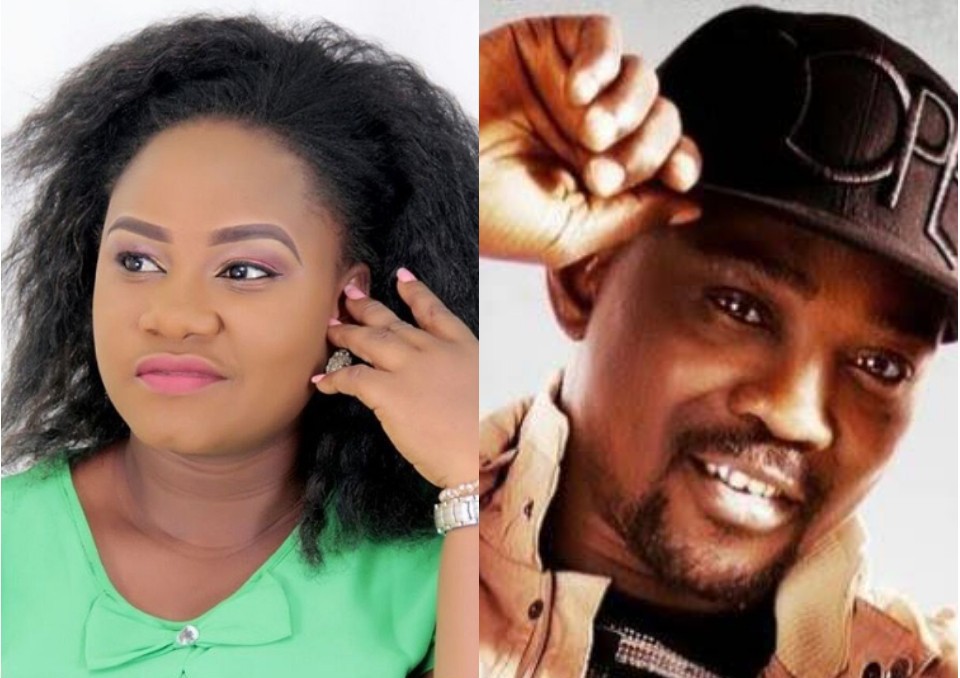 Daughter of a popular fuji musician in Mushin, Easy Kabaka, Oluwaferanmi Adeshola aka Feranmi Gold has chosen music as a career.

This Business Administration graduate of Federal Polytechnic, Ilaro, Ogun state, turned musician, major in classical Fuji.
Born into the family of a popular Mushin Fuji star, Easy Kabaka Abiodun and mother, Olufunmilayo but was raised by her grandmother in Lagos.

Her journey into music carrier
started in secondary school, where she sang in the classroom to the admiration of her classmates, who later advised her to take music as a career.

Before you could say jack Robinson, Feranmi Gold as she is popularly known by her friends and fans started singing in churches and other events

In a chat with giraffe reporter, she maintained that she can sing
Fuji, fuji hip-hop, fuji-gospel and Classical Fuji

She further revealed that her intention is to take her Classical Fuji music to a very enviable height. The general believe is that it’s illiterate that listen to Fuji music, and it has gone beyond that.

Despite the fact that she was born by a popular Fuji musician father, Feranmi declared that Pasuma is her role model and mentor

Hear her, I love Pasuma’s music to a fault adding that, while growing up, her mum listened to Pasuma’s music a lot, which made her to derive inspiration from his songs.

Adding that she has tried some hip-hop songs and mixed it with Fuji”.

When asked if she has met her mentor?
She emphatically revealed that she has met him and she however described Pasuma as a wonderful and merciful personality, who like to support Upcoming musicians.

Feranmi explained that Pasuma apart from supporting her financially, he has also played a fatherly role in her musical career. She described him as God sent to her.

Consequently, the day i performed on Pasuma stage, her life has not remained the same, as she has been getting calls from her fans both in Nigeria and in diasporas, especially during the Covid -19 lockdown.
She revealed that she did birthday shout outs for both Muslim and Christians from which she has actually earned a lot. According to her, I have further learned Arabic Language in order to aid her profession.

On how she has been coping so far as a female entertainer? She said, it hasn’t been so easy because nearly every man who wants to help in the industry wants to sleep with you when you are a lady but ‘I met two great people in my life who didn’t ask for sex before helping me and their names are wasiu Alabi pasuma and Delex promotion. They have actually been supportive.

Feranmi Gold who has received favour from God has also taken a bold step to help others, as she has floated Feranmi Gold foundation to help the needy on 2nd, July 2020, with some children and has been getting support from the people..