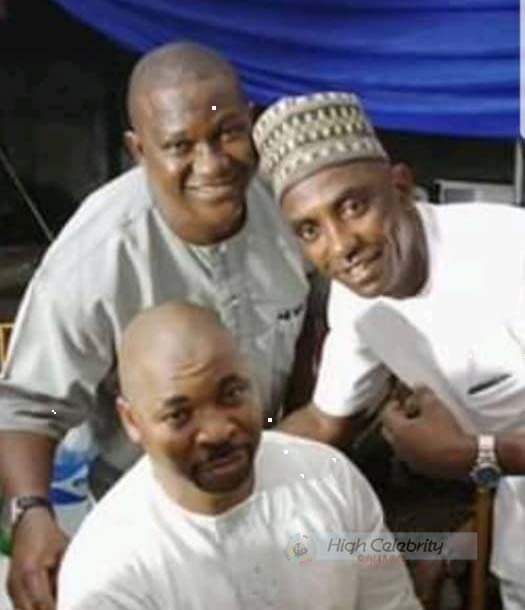 The Chairman of National Union of Road Transport Workers (NURTW), Alhaji Musiliu Akinsanya popularly known as MC Oluomo has been commended for a brave, loyal and confidence step he took by installing the new Chairman of Mainland Branch B, Comrade Rasaq Kotun a.k.a Omo Alhaja.

Speaking to journalists, a strong ally of Omo Alhaja, Honourable Engr. Hafeez Aromosodu (Aka Obama Of Mainland) thanked MC Oluomo for keeping to his promise despite all the challenges and strong attack from notable top politicians in the area who tried to use all their connections and powers to halt the choice and installation of Omo Alhaja as the Chairman.

He also expressed his joy that MC Oluomo proved to be a man of integrity, a man of his words and a respectable union leader who has definitely proven his mettle as the right man to lead the Lagos NURTW.

Hon. Aromasodu also thanked everyone who stood firmly by Omo Alhaja’s dream of leading the Mainland Branch B to be one of the best NURTW branches not only in Lagos State but the entire Nigeria.

In his words, Mr. Quadri Olowolagba the Chief Executive Officer of Squard Media Trick expressed deep appreciation to the Lagos State Chairman of NURTW, MC Oluomo and the entire executives of the union in the state over the decision of the state chairman to install and inaugurate Comrade Kotun as the Chairman of Mainland Branch B of the Union and his executives.

Talking about Hon. Hafeez Aromasodu, he is one of the loyalist to MC-Oluomo, a very good friend and a loyal ally of the new Chairman.

Hon. Aromasodu fought assiduously against those who went against the installation of Omo Alhaja prior to the final decision of MC Oluomo and the state treasurer, Mustapha Sego who insisted on his choice.

Honourable Engr Aromasodu was a former Unionist who was the Chairman in one of the biggest multinational construction firms in Nigeria, Italy and Switzerland, G Cappa Plc.

He is a grassroots politician, a staunch and loyal member of the ruling All Progressives Congress (APC). He is also a strong follower of Asiwau Bola Tinubu.

The installation and inauguration of Comrade Rasaq Kotun a.k.a Omo Alhaja has brought a sigh of relief to the entire people of Mainland, most especially members and the entire transporters in the area. It is believed that his time in Mainland Branch B will bring the needed succor to the entire NURTW in the area.