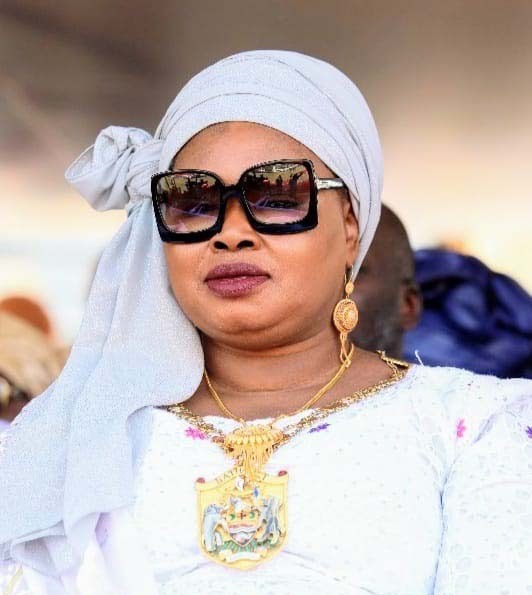 The Mayor of Banjul, Rohey Malick Lowe has been shortlisted in the run-up election for the President of African Capital Cities Sustainability Forum (ACCSF). Mayor Lowe will be contesting the position against the Mayors of Dakar Senegal, Rabat Morocco, and Lilongwe Malawi. The President of the ACCSF Presidium represents the political leadership of the ACCSF. Apart from being the main promoter of the ACCSF to institutions, such as the African Union and during conferences, he or she is in charge of the strategic direction and development of the ACCSF, with the support of the secretariat) He or she will also represent symbolically his or her pairs, Mayors and Governors of the African Capital Cities.

Due to the fact that a physical event cannot take place this year as a result of the rampaging and ravaging Corona Virus Disease otherwise known as Covid-19, candidates were formally invited on the 17th day of September, 2020 to take part in the strategic discussion on the future of the ACCSF and its decision-making process. The event paved the way for the ACCSF Presidium, aimed at providing leadership and direction; maintaining the momentum of the ACCSF; as well as driving continued engagements, support and progress on meeting the Sustainability agenda in African capital cities. The ACCSF Mayors were all invited to be candidates for one of the positions of the ACCSF Presidium. The webinar will be followed by a 3-week voting period to elect the new President, Vice-President and Second Vice-President of the ACCSF for a 3-year term.

African Capital Cities Sustainability Forum is a powerful, growing network for the mayors of capital cities across the continent to achieve the sustainable development goals that are common to all. It is a glowing opportunity to establish commonalities and challenges faced by major cities in Africa while showcasing and sharing successful initiatives towards the emergence of truly African, original and appropriate answers in addressing the sustainability imperative at the urban scale. Key challenges threatening growth and development in African include rapid urbanisation, energy and water access and stresses, sanitation, the global economic slowdown, rising unemployment and social inequities, trade facilitation, connectivity, land and biodiversity degradation, amongst others, and on top of this the significant and growing impacts of climate change.
In another engagement the lord mayor RML has kick started the distribution of the facemasks to the Banjul Councilors for an onward distribution to the community of Banjul. You will recalled that on the 13th of August 2020, Her Worship, Mayor of Banjul Rohey Malick Lowe launched the “OPERATION 100K FACEMASKS INITIATIVE” for the people of Banjul and by extension The Gambia as a response to suppress the spread of COVID-19 pandemic in the country. The operation came out very successful and Mayor Rohey Malick Lowe who is known as very pro active has handed over 36,000 facemasks to the Councillors of Banjul City Council . The allocations of the facemasks are as follows: Campama Ward- 7000 facemasks, Crab Island Ward- 4000 facemasks, Box Bar Ward- 2500 facemasks, New Town East Ward- 5000 facemasks, New Town West Ward- 5000 facemasks, Soldier Town Ward- 2500 facemasks, Portuguese Town Ward- 2500 facemasks, Jollof Town Ward- 3000 facemasks, Halfdie Ward- 2500 facemasks, Nominated Councillors- 100 facemasks each, Hamza Barracks- 1500 facemasks, Prison resident- 150 facemasks and Ndangan- 100 facemasks.

In that regards, Banjul City Council under the leadership of Mayor Lowe, will later extend the distribution of the facemasks to the other parts of the country through the local government authorities, giving appreciation to everyone who contributed immensely to make this noble initiative a reality. According to Mayor Lowe, “we seek for more support to be able to reach our target before the scheduled date.” Together we can fight against this pandemic. In the service of the community, we will continue to remain!