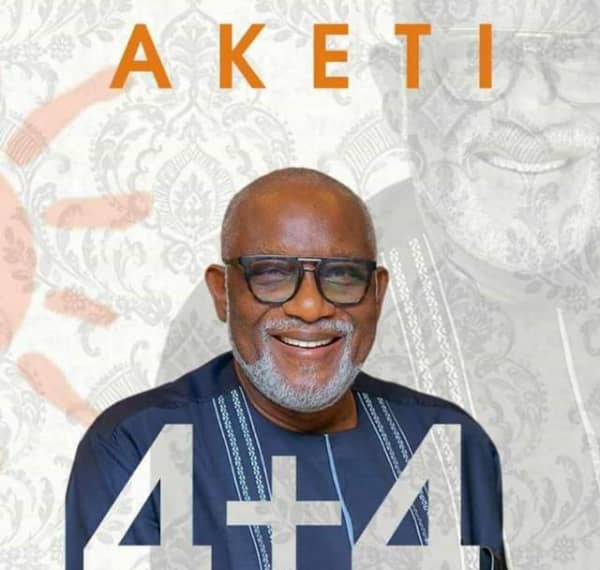 In modern times, US Republican senator, Hiram Warren Johnson, is credited with the statement “The first casualty in war is truth”. Staunchly isolationist, even if progressive, Johnson represented California for nearly 30 years (1917 – 1945). Interestingly, he died on August 6, 1945, the same day the US dropped the atomic bomb on the Japanese city of Hiroshima, helping to bring an end to the Second World War.

From time immemorial, elections have been war in Nigeria, even before Independence. Election rigging and election violence were two of the evils that truncated the First Republic. Rather than abate subsequently, the twin-evil have only been joined by corruption and vote-buying to make the electoral processes opaque and election results tainted and unreliable. These have been the excuses for the military coups that ended the second and third efforts at democratic governance.

Improvement in the electoral process as a whole has been in fits and jerks. Propaganda, disinformation, and misinformation have become effective tools in the hands of politicians and partisans alike to hack the truth, distort reality, and gain undue advantage. Count-down to election has become the prime time for such unpatriotic and diabolical elements to ply their despicable trade.

A couple of weeks ago I listened to one political “Ewi” or poetry by someone who introduced himself as “Kunle Ologundudu”. Since Olanrewaju Adepoju started his sarcastic, acerbic, and caustic political “Ewi”, I have been a fan all the way. Truth must be told to power. That is one of the civic duties of citizens. Ologundudu’s topic was this weekend’s Ondo State governorship election. From beginning to the end, he disparaged Gov. Rotimi Akeredolu and his government.

He mentioned the names of top government officials; names of supposed friends of the governor; and names of family members of the governor whom he proceeded to call unprintable names. He listed properties at home and abroad, which he said had been amassed at public expense. He boasted that he knew his onions. He beat his chest that he had facts and figures at his fingertips. He threatened to unleash more salvos on his targets in due course. Part 2, he said, was on the way!

But we are not new to this trade! Governorship election is around the corner in Ondo State and all manner of politicking and shenanigans must rear their ugly head. Gov. Akeredolu is being challenged by his deputy, who first defected to PDP, kissed the canvass there and quickly berthed in another party. PDP’s Eyitayo Jegede, who ran but lost in 2016, is in the race again. It takes no soothsayer, then, to tell that Ologundudu must be playing vile politics with his Ewi.

But his confidence and the way he reeled out “facts and figures” were such that even the very elect, as the scripture warns, would be deceived if care is not taken. My suspicion, however, grew when Ologundudu faltered on two points. One: The person he said was chairman of the Ondo State COVID-19 Response Fund committee was not the chairman but a committee member. Two: Ologundudu said the committee got donations from many foreign countries totalling US$7million whereas the committee had raised only N700 million in cash and kind.

Still, I commenced investigations. Who is this Kunle Olugundudu? I was in the midst of this investigation when Ologundudu, as he had promised, released what I thought was the Part 2 of his diatribe on Akeredolu – but I was shocked to my bones when Part 2 turned out a rebuttal of Part 1! Ologundudu not only ate his words on Akeredolu and all the others he had called unprintable names, he also did so in a shameless and disgusting manner. Just like he pulled no punches when he pummelled Akeredolu and the others, he also was effusive in his apologies and contrite in his demeanour as he ate his words. I still have not overcome the shock!

His excuses were that he lives abroad and not in Nigeria; so, he was deceived by Nigerians at home who gave him false information. But what of all the houses and properties he claimed Akeredolu and the others have abroad, which he now says he has found out belong to other Nigerians? Why did he not do due diligence on those ones before rushing to press? On every point, he faulted himself and ate his word!

I am ashamed of this “Ewi” exponent. He is a disgrace. I shudder to think what the father of political Ewi – Olanrewaju Adepoju – would think of today’s “bread and butter” Ewi exponents. More so, I am distraught that anyone can call this Kunle Ologundudu a “journalist”. As important and indispensable as social media has become to this age, the activities of the likes of this fellow have been the pains and scourge of journalism properly so-called. What the Ologundudus of this world practice is the worst form of “yellow journalism”

Yellow journalism or the yellow press, as they are called, “are American terms for journalism that present little or no legitimate, well-researched news while instead using eye-catching headlines for increased sales. Techniques may include exaggerations of news events, scandal-mongering, and sensationalism”. In the case of Ologundudu, utter falsehood and brazen lies were told against public and private persons to dent their image and ruin their reputation for selfish gains.

If we say Akeredolu and the others in public service deserve their fate, being public servants, what of the private persons who heeded the call to serve as members of the Ondo State COVID-19 Response Fund? These high-flying private sector leaders gave of their invaluable time, leveraged on their vast business and corporate world connections, and also made donations in cash and kind only for Ologundudu to disparage and call them names they do not answer! The only way we can again encourage such personalities to step out in future when called upon is if we help to tell the true story of their heroic contributions to the fight against the COVID-19.

They are the Ameyo Adadevoh of the fight against the coronavirus pandemic as far as my native State, Ondo, is concerned and should be celebrated rather than pilloried. Their contribution, within a spate of six months (April to September, 2020), to the overall Ondo State public healthcare delivery system stands out, to say the least.

For instance, there was no appropriate testing facility in the state for COVID-19 when the virus broke out. Samples had to be taken to the Redeemer’s University of Nigeria (RUN) in far-away Ede, Osun State with the attendant risks and delays involved. As a result of the work of the committee, two (2) testing laboratories are on-going at Akure and Ondo.

There were only 20 dedicated bed spaces at the state’s Infectious Diseases Hospital (IDH), Akure. The committee delivered 210 dedicated hospital beds in three (3) locations – Akure, Ondo, and Ikare. There were no holding facilities for suspected and or infected persons; the committee worked to establish a holding facility in each of the three (3) senatorial districts of the State, plus the state capital, Akure.

Ondo State was in dire need of ambulances for the new centres to be created; three (3) ambulances were added through the committee’s efforts. Capacity for medical personnel and other frontline care providers in terms of physical structures, equipment, and medicals were below the required level; the COVID-19 Response Fund committee adopted the strategy to invest in permanent capacity-building in terms of facilities and human capital development covering the state’s entire public healthcare delivery system.

Thousands of patients who visited hospitals in the state during the pandemic period and up till now have benefitted one way or the other from the provisions made by the committee. Some of the facilities put in place by the committee will boost the training of students at the Ondo State University of Medical Sciences, Ondo Town.

The novel nature of COVID-19 and the strains and challenges it imposes on personnel necessitated that additional incentives are provided for care providers; the committee recommended enhanced hazard allowance for the frontline personnel. This recommendation was accepted and is being implemented.

In my view, these are improvements in the Ondo State public health sector that should be commended, especially when the funding came not from government but from private initiatives. In addition, government response to the COVID-19 pandemic everywhere necessitated lockdowns; and lockdowns meant closure of markets, inter-state borders, and businesses, which significantly reduced earnings and access to the necessities of life, the most important of which is food supply.

The committee took steps within available resources to avert food crisis by funding the purchase of food items from farmers; funding the distribution of food items, particularly to the vulnerable; and working with government and farmers’ associations and commodity boards to avert food crisis during the lockdown. Thousands of the aged and vulnerable children especially were targeted with the “Kajeun Aketi” programme.

It is instructive to note that the facilities provided by the COVID-19 Response Fund Committee are not meant for COVID-19 alone but also for other infectious diseases, knowing full well that Ondo State is a key State for Lassa fever. To continue the process of increasing capacity in the Ondo State public health sector is, thus, the challenge that should engage the attention of all stakeholders and not the destructive distraction of Ologundudu Part 1.

Ologundudu has recanted and swallowed his vomit but how many people who heard Ologundudu Part 1 will also hear Ologundudu Part 2? As our people will say, it is not every ear that heard “I am going” that hears “I am back” As we know very well, when a dog bites a man, it is not news but when a man bites a dog, that is the news. Bad news travels faster – and sells better and faster – than good news. That is the reason why the Ologundudus of this world must be wary to rush to press to levy unsubstantiated allegations against innocent and patriotic citizens working pro bono (free of charge) for the public good.

The proactive measures of the Ondo State Government and the yeoman’s efforts of its COVID-19 Response Fund Committee contributed in no small measure in checkmating the coronavirus pandemic in the “Sunshine State” Kudos! As they say, “t’omo eni ba dara, ka wi” What is good, is good; and a rose called by any other name smells just as sweet!