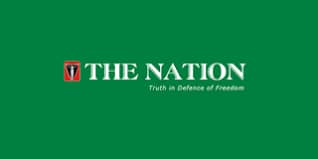 Former staff of Vintage Press Limited, Publishers of The Nation newspapers have petitioned the Director General of National Pension Commission (PenCom) over backlog of unremitted pension due to workers.
They want the unremitted funds be paid with the outstanding interests to the workers by The Nation Newspapers.

In a statement, former chairman of Nigeria Union of Journalists(NUJ), The Nation chapel, Musa Odoshimokhe said the management had violated the extant laws that sought to protect workers future by ensuring that workers and their employers set part of their earning aside against the rainy day.
He said: ‘Unfortunately while workers part of the bargain had been deducted from source, the management of The Nation failed to remit such funds to (Pension Fund Administrator (PFA).’

Odoshimokhe, who is a member of the Lagos State Executive Council of NUJ, added that all that should have accrued to workers in term of interests from the unremitted fund had found itself in private pockets at the detriment of workers future savings.

“This petition has the backing of Lagos NUJ because we are talking of workers welfare in the first place. The workers have been cheated over the years because if the money had been remitted as when due it would have been increased in term of financial gains.
” It has become habitual by The Nation management to hold on to workers contributory pension only to add up the sum of money owed disengaged workers and pay them the money without interests, thereby denying such workers what they should have earned.
“Incidentally, the unremitted fund by management is being used for business without due consideration to how it affects its staff. For instance, the management quickly shed over 100 of its staff away during Covid 19 just a few weeks after the lockdown was announced.
“It is the same company that had lost money close to one billion naira to fraudulent activities without one single person arrested or prosecuted. Most of the perpetrators of the fraudulent activities were recruited into the system by many top management staff, and were granted soft landing after they succeeded in pilfering the company’s resources. There is no guarantee that the trend will end as long as it remain under the command of same structure.

“Our members are demanding for their money with due interests on what was deducted from their legitimate earnings.”

Odoshimokhe also lamented that many of his colleagues who were recently disengaged were only given stipend ranging from between N70,000 to N150,000 as severances packages after putting between five and eight years or more into the system.
“This simply shows that we have a heartless management in the saddle. Many of our members were sacked at the peak of Covid-19 pandemic and after about four months were given a pittance. How do you expect such people to restart their lives and even move on? That attests to the poor salary and welfare structure by the management.

“This is a place where workers were stagnated or even never get promoted for over 12 years and more, simply because management does not like your face.
“All we want now is adequate remittance of our pension with interest accrued paid. Our severance packages is like a drop in the ocean. However, with our pension, many of us can start life again on a new note.”he concluded.