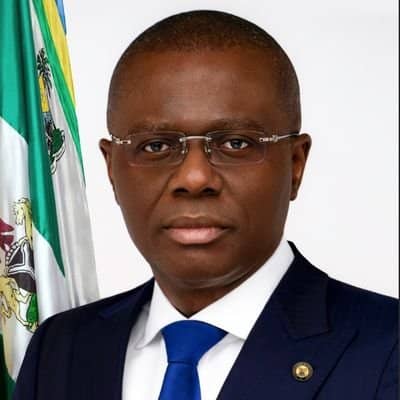 4th Prestige Excellence Awards and Lecture 2020 is set to honour Lagos State Executive Governor, His Excellency, Babajide Sanwo-Olu as Most Performing Governor of the Year.

Governor Sanwo-Olu deserves the honour considering how he has made meaningful impacts in private and public sectors, especially since he assumed the leadership as number one citizen in the Centre of Excellence.

It would be recalled that the ruling party has provided good governance in Lagos State in the last 21 years and Governor Sanwo-Olu has been part of the State’s progressive trajectory in the past seventeen years. He was a member of the cabinet of the three previous governors. The banker, who turned politician began his political journey at 37 when he served as Special Adviser on Corporate matters to ex-deputy governor, Otunba Femi Pedro and later Special Adviser to Governor Bola Tinubu on Corporate Matters in 2004. He was head of different ministries between 2004 and 2015 as Honourable Commissioner
Former Governor Tinubu appointed Sanwo-Olu as acting Commissioner for Economic Planning and Budget from 2004 to 2005, and later made him substantive Commissioner for Commerce and Industry in 2007. Also former Governor Babatunde Fashola in 2007 appointed him as Commissioner of Establishment, Training and Pensions. The incumbent governor also served as the Managing Director/CEO of the Lagos State Development and Property Corporation (LSDPC) under the immediate past governor, Mr. Akinwunmi Ambode.

As a man who has played active role in the growth and development of the State in line with the ‘Lagos Master plan’, Sanwo-Olu didn’t disappoint Lagosians immediately he took over the mantle of leadership. Knowing the various challenges facing the state, Sanwo-Olu’s administration, working with a six pillars policy programme tagged T.H.E.M.E.S to deliver good governance to millions of Lagosians swung into action. T.H.E.M.E.S stands for; Traffic Management and Transportation; Health and Environment; Education and Technology; Making Lagos a 21st Century economy; Entertainment and Tourism; Security and Governance.
It is of note that when Sanwo-Olu emerged as APC governorship candidate, Lagos had literally become a dumpsite as heaps of municipal waste littered the streets. Apart from the issue of waste, there were several other issues of concern that the governor faced when assumed office. The issues of heavy traffic, bad roads, and blockage of drainage, among others were monstrous in nature.

Governor Sanwo-Olu believes that government is continuous and that was why he didn’t spend energy in his early days in office blaming previous administration. Rather than giving excuses, Sanwo-Olu hit the ground running from his day one in office. He took a lot of bold steps in the early few weeks. To him, the task of achieving the ‘Greater Lagos’ he promised Lagosians must be accomplished.

Sanwo-Olu, within a week in office announced members of his kitchen cabinet as well as key appointments in the state to set the ball of governance rolling in the Centre of Excellence.

The governor also signed the Lagos State 2019 Appropriation Bill of N873,532,460,725 into law. As promised during the electioneering, Sanwo-Olu constituted his full cabinet within his first 60 days in office.

With the cabinet fully in place, the government swung into action by working hard to ensure that the people of Lagos State start enjoying dividends of democracy. His administration is witnessing a huge success story for a young several programmes and projects executed by administration as there were several projects displayed in the score card.

Within his first 100 days in office, the issues of bad roads were aggressively addressed to ease movement across the State. For government to achieve this, eight multi-national construction firms mobilised were ordered to carry out massive repair works on critical highways across the State. In addition to the efforts of the eight multi-national companies, extensive palliative and maintenance works were also carried out by Lagos State Public Works Corporation in different parts of the State. The State government also engaged Public Infrastructure Improvement Partnership arrangement to ease traffic considerably in some parts of the State.

One of the important steps taken by Lagos State government was the resuscitation of Adiyan waterworks, Phase Two, which has a production capacity of 70 million gallons per day. Government commenced the rehabilitation of the dam to increase the provision of safe drinking water to more than five million Lagos residents and to address the challenges of water-borne diseases.

The state government also put many measures in place to address waste management and environmental issues, among which are acquisition of 10 new boats by the Lagos Waste Management Authority (LAWMA) to boost its marine waste operations in the state.

The Lagos Blue Box initiative was launched on September 5, 2019 in Community Recycling Centres across five councils with recyclers strategically positioned to help drive the process.

A critical look showed that Governor Sanwo-Olu has delivered on a lot of his electoral promises. This is evident in the remarkable list of achievements he read out on June 12 during his Democracy Day broadcast titled “Great Leap towards a Greater Lagos” in commemoration of his administration’s first year in office.

Among the remarkable achievements of the Babajide Sanwo-Olu’s administration are; development of a reliable intermodal system of transportation, with investment in waterways and a light rail system; rehabilitation of roads; putting a plan in place to construct the 4th Mainland Bridge; two Mother and Child Centers (MCCs) at Eti-Osa and Igando respectively; free medical interventions in conjunction with BOSKOH Health Mission International and the Benjamin Olowojebutu Foundation to over 250,000 Lagosians across several locations in the State, huge investment in education and technology; construction of 13, 18 or 20 classroom blocks in some schools in Egbe, Ikorodu, Bariga, Shomolu, Ifako-Ijaiye and Epe areas of the state; signing of $629 million financing facility aimed at completing the Lekki Deep Seaport project and significant progress in the area of housing through four major housing projects that are ready for commissioning, among other laudable projects.

Governor Sanwo-Olu has also displayed uncommon leadership in African, putting Lagos on the global map as a very resilient state in the ongoing COVID-19 pandemic. Since Lagos became the epicenter of the pandemic in Nigeria in February 27, the governor has been up to the task as Incident Commander in ensuring that the pandemic is well managed in the State. This feat has earned Mr. Governor local and international recognition.

So far, Governor Sanwo-Olu’s action, which is largely putting personal touch to governance has set the state is on the right path to Greater Lagos.

According to Wale Abiodun, Publisher/ Editor-in-chief, Prestige News Online and Prestige International Magazine in a press release, Prestige Excellence Award and Lecture(PEAL) is instituted to recognize and appreciate deserving individuals, corporate entities and professional institutions that have made remarkable impact in our society.

The Award is the brainchild of Prestige News Online and Prestige International Magazine published by Timmary Communications. Prestige media platforms are dedicated to extolling the virtues of hard work, ingenuity, integrity and uncommon achievement in service to humanity, while its online platform www.prestigenewsonline.com reports up to date news as it is.
The PEAL 2020 edition is tailored to honour and celebrate individuals and organizations who have exemplified those virtues in the course of the year under review. This award is expected to bring together the crème de la crème of the Nigerian society from all walks of life and offering a unique platform for social and corporate networking as well as a fertile ground for corporate and product branding.