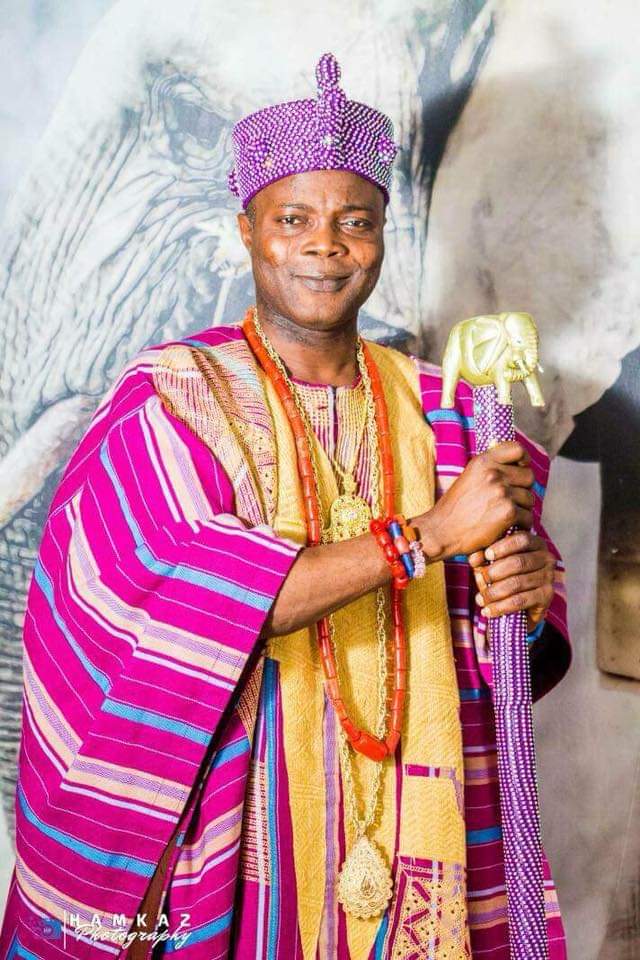 While the tempo of the #EndSARS protests soars across the country.

H.R.M.,Oba Adekunle Oyelude Makama,
the Olowu of Owu Kuta, Osun State, has warned the unrelenting, protesting youths not to allow politicians to
highjack the ongoing protest and manipulate it for their own benefits, as this will make them losing the essence
and goals of the exercise.
“Don’t allow some unpatriotic politicians to catch in on what you are doing legitimately, and bring the nation
to ridicule. All your demands have been met. We congratulate you and we congratulate ourselves. You make us
proud, history will not forget you. ”
The monarch made this appeal in a recent video released by his palace. The king also condemned the recent
call by some northeastern leaders that the members of the disbanded SARS be dispatched to the north to help
them fight the insurgency.
“Take for instance some faceless group in the name of north-east elders, we never saw them to support the
armed forces in their onslaught against the insurgence, but because of the legitimate thing you are doing, they
are catching in on it, despite the fact that they did not support end on Police brutality. They openly said they
prefer the SARS to be deployed to them, they did not share your feelings, they are catching in on what you are
doing legitimately to play on your intelligence and blackmail the presidency, that they want the service chief
removed, for what.”
Oba Makama, therefore called on the political leaders of note from the north, not to politicize matter of national
security as this could be very disastrous for the country. He specifically appealed to Senator Kashim Shettima
to “please, for God’s sake, in the interest of unity and cohesion of the country, should drop any local politics of
Borno aside and let’s face national security issue.
” The military is apolitical, please and please support the military, we have absolute confidence in their ability.
The present leadership are apolitical, they know nothing, than one Nigeria. So for any faceless group to be
coming up now, mixing their inordinate ambition with #EndSARS , is not acceptable. The country demands
thank you from you. Stop sabotaging military operations every day. Where there is support of locals we will
not be losing men.
“We are losing our sons and daughters from this part of the country, we are contributing men here, and all the
few money used is our common wealth that is being poured there, so you don’t have monopoly to call for sack
of service chief. No we don’t have regional army, we don’t have state army that you can ascribe to yourself the
monopoly of putting the leadership. Stop calling that. Our sons and daughters are dying in your place if we
don’t deserve thank you, then stop playing on our collective intelligence.
” In the southwest our youths said they don’t want police brutality that is why they called #EndSARS, we
support them, in the northeast, you said you want the SARS to be deployed to you, you don’t share our feelings
and we share your feelings and we are dying , our sons and daughters are dying to safeguard you, so please, if
we are talking about national security, if you are not patriotic to support the stakeholders, work and in hand
with the stakeholders and be thankful to the nation, please don’t play on our collective intelligence.
The monarch stressed that he was certain that Senator Kashim Shettima can do the needful. “Is the Army going
to end because of Borno, no, the Army will remain, the Army is greater than each state. It’s our collective
responsibility, we should stop playing to the gallery.”