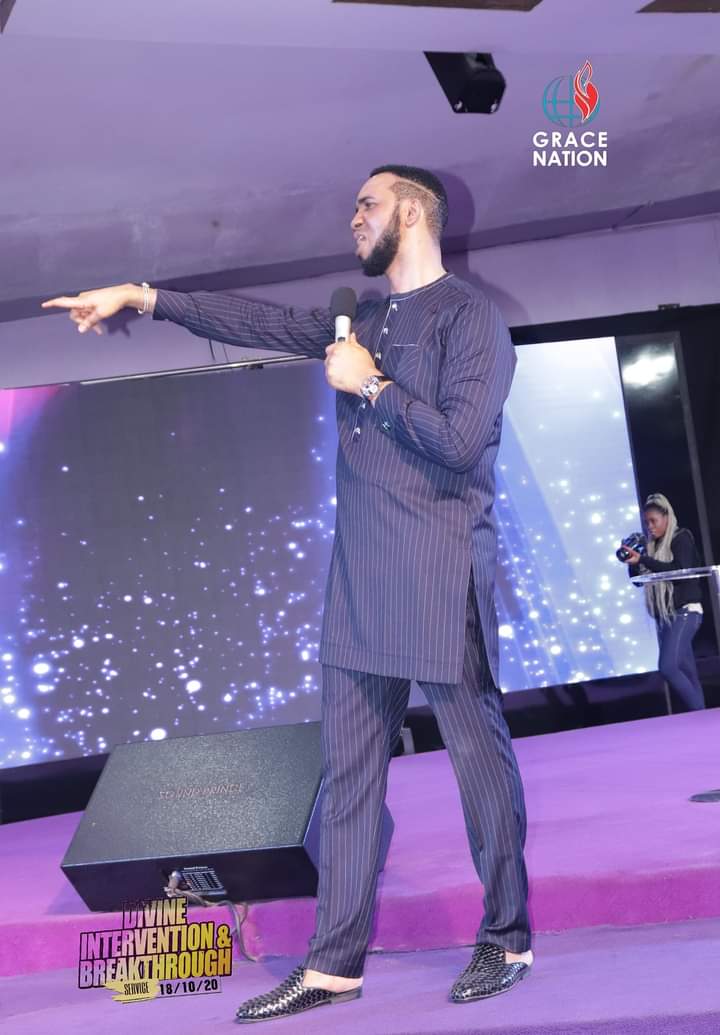 We must all Join Protest for #Endsars, #Endbadgovernance, and #EndbadpoliticsSequel to the ongoing agitations and Protest embarked upon by the Nigerians youths to say NO to bad governance through the #Endsars Protest, Nigeria Popular Man of God and Senior Pastor of Grace Nation International,aka Liberation city, Dr. Chris Okafor has given his Voice to support the youths on there agitations saying it will check mate the excercise of the government for a better NigeriaSpeaking at the Sunday Prophetic service on 18th October 2020, at the international Headquarters of the church in ojodu Berger Lagos Nigeria, the generational Prophet of God as he is fondly called said, he will join the youths not only to protest for #Endsars, but also to #Endbadgoveernance and #Endbadpolitics.He said the Protest will put the government on their toes for a better tomorrow for the youths, Dr. Chris Okafor also remarked that the peaceful conduct of the youths throughout the Protest so far without violence as signal that Politics will not be lucrative again in the country without the youths.The man of God remarked that, with this protest, the youths can take there rightful place in governance, this they have demonstrated without a specific leader as they Protest, he said they did not mention any one as there leader because Heaven is actually there leader and he is ready to join them tomorrow to continue the protest.God is behind the youths because there destiny actually lies in there hand and they must take it, he concluded. Hello