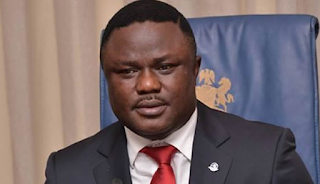 The Cross River State Governor, Sen. Ben Ayade, on Wednesday sets up a seven-man judicial panel of inquiry to look into complaints of victims of police brutality with a charge on the panel to do a thorough job.

The panel which is headed by the immediate past Chief Judge of the state, Justice Michael Edem, has six other members, including representatives of youth groups.

Ayade used the occasion to reel out a number of measures for the citizens, particularly youths, to cushion effects of the current economic reality.

The measures include a directive to each of the 18 local governments to employ 1000 workers each, while the state government will employ 2000 into its civil service,

“I have directed all chairmen of councils to make an immediate recruitment of 1000 young people, which means 18000 young people into the local government workforce.

“In addition, the state civil service will also recruit additional 2000. By so doing, we have ordered the immediate employment of 20000 young people into the state and local government civil service.

“I also hereby direct that all Cross Riverians who are students of CRUTECH should suspend the payment of school fees indefinitely.

“For every single young Cross Riverian who is out of university, has finished his or her youth service and has no job, we are starting an NYSC extension service where you will return to Cross River State and extend your NYSC by one year to give us the opportunity to find a placement for you.”

Continuing, he disclosed the parameters for which the jobs must be distributed: “For the 20000 jobs I have asked to be given immediately, we must ensure that those who benefit from these jobs are between the ages of 40 and below and it should not be for politicians, it should be for those young men and women who are struggling to earn a living, for that young man who is newly married without an income, putting his family under stressful conditions. These are the people who should be considered in the recruitment process. It should not be a thing that is reduced to politics.”

The governor while identifying with the #EndSARS movement urged the panel to do a thorough job by ensuring that justice is not only done but seen to have been done, insisting that

“I challenge you as a man who knows the law that as you work with your team, some of whom are men of God, to bring your experience as a retired judge to come to play so that people who have been brutalized, can have a voice, those who have lost loved ones, whose loved ones have been maimed, killed, whose source of income has been destroyed by SARS and the police get justice.

“Please this is the time for you to give them the audience and listen to them. But it is not just enough to listen to them, it is only reasonable we start a proper compensation of all the things they have been through. I will like to receive a catalog of verified police brutality and I believe that as a state, that is sensitive to the yearnings and wishes of our citizens, we will do all we can to see that they are properly compensated.”

In his remark, Justice Edem assured the governor of due diligence in the discharge of their assignment, adding that “Your Excellency, you have placed the ball in our court and I can assure you that you will not end or stagnate in our court. We shall play it back very beautifully and diligently.”

The Chairman also pledged that the panel will be diligent in carrying out the task and “will come out with a finding and recommendation that will really make you to look back and say thank God I had appointed them to the job.”