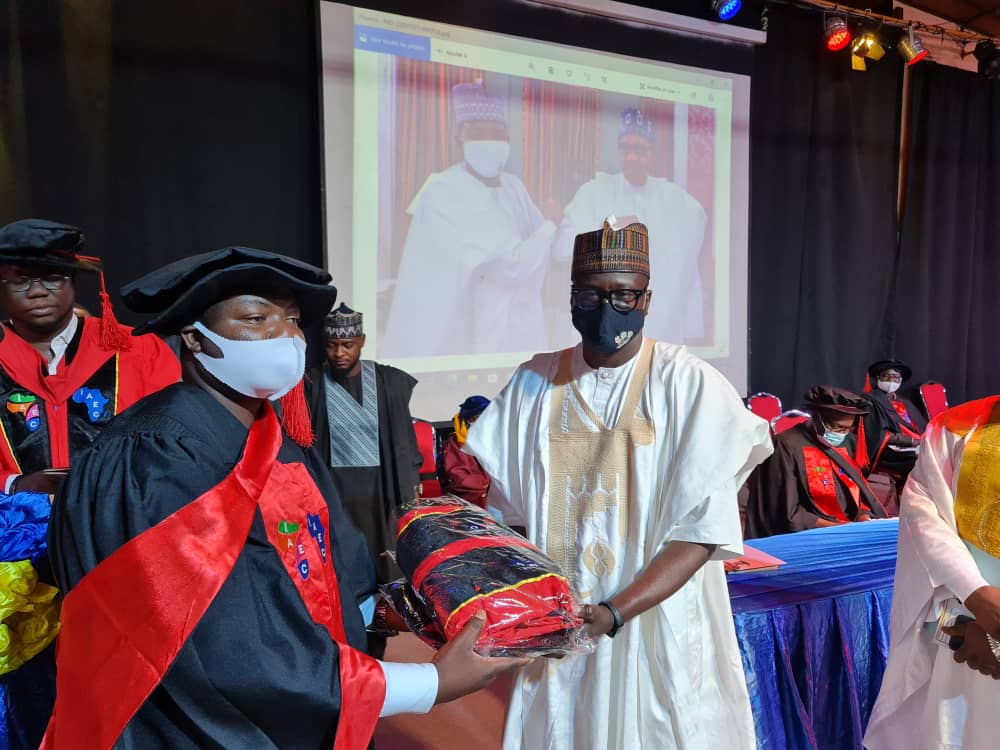 Matawalle made the announcement on Saturday at the institution’s place of event Agora Sengor in Lome shortly after he was conferred with an Honorary Doctorate Degree in LEADERSHIP and ADMINISTRATION by the prestigious University which was founded in 1986 as a field of training, learning and education in the Republic of Togo.

Matawalle who was represented by his Deputy Chief of Staff, Dr. Bashir Mohammed Maru said his administration has in the last 17 months of its being, vigorously pursued the enthronement of peace in the state which was hitherto characterized by banditry activities, kidnapping, cattle rustling and other criminal activities which had hindered improvement in all sectors especially, economy, education and agriculture.

The Governor observed that the recognition and conferment of the Honorary Doctorate Decree on his person may have drawn impetus from his effort in the return of peace and other legal business and social activities in the state which have now made it attractive to investors within and outside Nigeria.

He informed the gathering that Zamfara state accounts for a very large percentage of Nigeria’s vast mineral resources and will be willing to do genuine business with investors.

While appreciating the Governing Council of the University for seeing him worthy of the Honorary Doctorate Degree, Matawalle promised to do more for the improvement of the state and humanity.

Earlier in his address the Vice Chancellor of the University, Dr. Innocent Kagara said the University decided the honour only two persons this year with Honorary Doctorate Degree as they have distinguished themselves in leadership qualities world over.

He added that the University has been watching with keen interest the level of progress being achieved in Zamfara State since the inception of Governor Matawalle’s administration.

He further said that the University has appreciated the giant stride the Governor is making to diversify the entire African Economy from over dependence on oil to Mining which will boost the region’s economic status.

Presenting the certificate to the Governor on behalf of the university, Dr. Hamman Mensa, the institution’s Registrar said the Honorary award given is based on excellence and hardwork in leadership which cannot be bought.