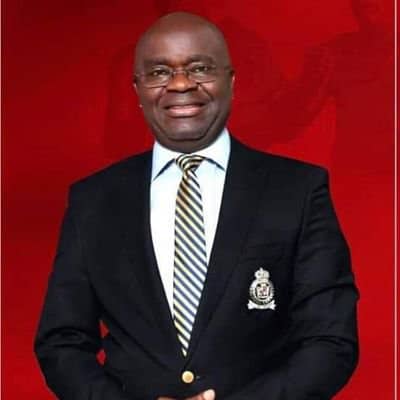 On May 22nd 2019, President Muhammadu Buhari set up a Presidential Task Force Team on Apapa gridlock, with the Vice President Professor Yemi Osinbajo as the chairman and Comrade Kayode Opeifa to serve as the vice chairman.

The objective of its establishment is to return normalcy to Apapa because of the incessant gridlock that is crippling the area, enforce discipline, introduce a workable manual call up system pending the introduction of electronic call-up system by NPA, Dvelip and deoy a working traffic management system, coordinate and control trucks and tanker drivers who are designated to access the seaport to stay off the roads leading to the port.

While identified some stakeholders behaviour as being responsible for the current unnecessary artificial traffic gridlock at the Tin Can Port, as against the reports that accused officials of the Nigerian Ports Authority (NPA) Security Department, Police and the Presidential Task Team on Apapa gridlock who were deployed to manage traffic in the area, of extortion.

Backlog of vessels at seaports, congestion caused by noticeable potholes in both sides of Lagos-Badagry expressway and the current state of rehabilitation and reconstruction of roads project presently on-going can be seen as the cause for the congestion noticed recently around the Mile 2 area.

Also exporters and truckers who are desperate to move their containers into the Port directly instead of through the torqnsit truck parks at Lilly Pond and Tin Can truck parks even while they are aware that they are not to approach the Ports directly.

Various social medium had reported that accusing officials of the Nigerian Ports Authority (NPA) Security Department, Police and the Presidential Task Team on Apapa gridlock, who were deployed to manage traffic in the area, where allegedly Involved in massive extortion of truck and tanker drivers, collecting from them unaccounted sum of between 80,000 to 170, 000 naira before they can access the seaports.

During a chat with the Executive Vice Chairman of the Presidential Task Force, Comrade Kayode Opeifa, he denied the allegations as baseless, with no iota of truth and a Corruption Fight Back strategy.

He explained thar there are challenges and said the hardship will soon be a thing of the past even as he backs recent moves by NPA to regulate barging operations and Stripping at the Ports.

He added that enforcement agencies have a new responsibilities to go after the organizers of stripping at other locations such as Warehouse road in Apapa, Marine Bridge, among others now.

Opeifa reveals that Freight Agents and truck owners have persistently lamented over the worsening traffic situation along the port access roads which the Presidential Task Team who were deployed to manage Apapa gridlock has no control over. On extortion by the taskforce, he denied knowledge of such qnd urge any body with information should directly qpproqch him or NPA with proof as moqst have been found to be false or by Middlemen and scammers oeperating as Movers and mostly affecting those who are alway working to subvert due process.

He also commented on the activities of the members of the Community Security who has been supportive and assisting the government in checking the crime rate during traffic trigging along and around Mile 2. Noting that their efforts as long as is peaceful and productive is commendable.

He said; “While cargo stripping isn’t the norm in port business globally, and particularly hazardous as it clogs the port access roads, some stakeholders have turned this practice to the norm while the Nigerian Ports Authority (NPA) has now risen to control it qnd must be supported as its creating prorblem along the port access roads. .”

“Most importers have resorted to stripping at Tin Can to evade possible seizures by Customs and enable them to easily evacuate the goods and the high demand for stripping at the port environment has made the service more expensive than conveying the goods outside the ports.”

“Consequently, other cleared imports were unable to leave the port while exports couldn’t also access the port.”

Opeifa urged that terminal operators and others involved in sharp barge operations and causing additional hindrances on the port corridors should be sanctioned while genuine, terminals qnd manufactures who desired barging for their direct operations should be protected in the interest of inter and multimodal transport.

He commends that Freightreight agents and their truckers who have obtained TDOs should be free from storage charges and demurrages arising from the clogged port access.

According to a top NPA source, this logistics quagmire was what led the Authority to suspend stripping within the Tin Can Island Port premises.

Agents, on the other hand, argued that the stripping fares ranging between N600,000 to N700,000 was sufficient to move the cargoes outside the port environment.

Therefore, those with the facility hiked the prices but importers don’t care because it saves them from the possible dangers with the multiple Customs units on the highways,” an NPA official at Tin Can Island Port said.

Noting that stripping isn’t the ideal practice around the world, the NPA source said, “Stripping became a necessity at Tin Can because of the nature of the cargoes received at the port.

In fact, terminals operating in the Tin Can Island Port environment have been systematically fuelling the chaos in the area as they also ignored NPA’s proposal to only receive trucks that have Terminal Deliver Order (TDO), so that the trucks bringing empties can leave with consignments as some bad eggs in the division have given the group a bad name.

Some truck and tanker motorists who spoke to our correspondent, blamed that most of the challenges being faced at the seaport is as a result of the state of the roads and middlemen operators.

This criminal behavior and impersonation of PTT recently revealed as untrue and Task force team urges all the truck owners and tanker drivers move their trucks direct to port without paying anything to any middlemen, Marvelous said

He also revealed that PTT didn’t send any middlemen to exhort or collect money from any truck owners before being passed.

As a result of this, PTT have been blackmailing on various social medias, sponsor articles to dent the image of the task force and causing problems most times at the seaports as these are major challenges the team experiencing over time

Marvelous noted that since few days ease of traffic, tankers and trucks better and access to the port ease without unnecessary and trigging of traffic at the moment.

He however said trucks are steady moving towards the seaports aside massive reconstruction of access road causing additional deny to the port and urges the construction companies to fast the projects on time.

A truck Driver, Usman Alli said; “most challenges being experienced is as a result of our bad roads. Most of the roads are in deplorable state and and some of them are currently on-going reconstruction.”

He also laments on the activities of middlemen operators particularly with most of them causing artificial trigging of gridlock at the seaports.

David Emmanuel, a motorists said; “all shareholders need to be blamed. He said those middlemen causing problems at the seaports should be arrested because they can’t continue adding problems to the already bad roads and also blocking those in authority do their jobs.”

He noted that any truck that gails to produce its Terminal Delivery Order, TDO, at the seaports should be sanctioned and also added that the construction company handling projects withing the area should work fast to ease the traffic and frustration people are passing through on daily basis around the axis.