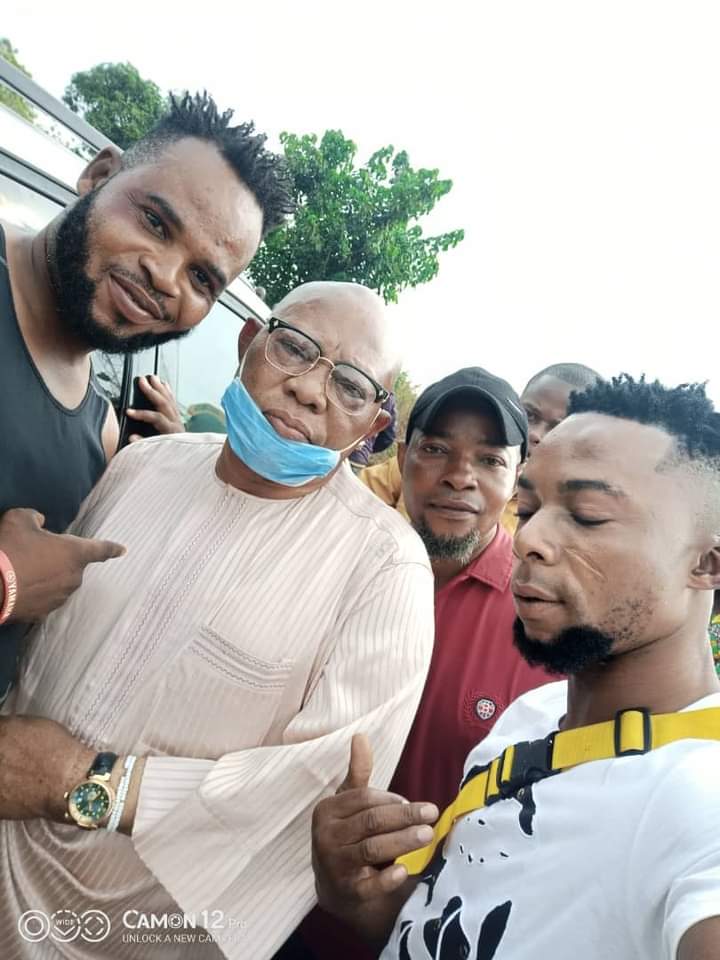 A week -long monitoring of activities at the Keyoolu Family Estate by our Correspondent following their SOS appeal to the government,revealed that,the gun wielding land grabbers, had initially wrecked havoc on the peaceful Estate earlier destroying property running into several billions of naira.

“Many houses including those that were under construction were mindlessly destroyed by the armed thugs who laid siege to the Keyoolu Estate “, an informed source hinted our Correspondent.

According to the source, the mayhem was apparently having the blessings of some gullible security personnel who looked the other way as the thugs had a field day violating the rights of the real owners.

” The illegal invaders came with a bulldozer, boasting of having top Police officers whom they claim were on their payrolls, including some corrupt Policemen who led them in from the IG monitoring Abuja,the OC Legal Zone 2 &Oc Anti kidnapping unit of AIG Zone 2,etc.

They added further that,they (the thugs), equally have the ears of the top -brass police officers in Abuja who had consented to their nefarious activities.”

A visit to the scene of the wanton destruction was quite revealing as an independent source squealed that,those who invaded the private Estate were led by one Alhaji Mutairu Owoeye,a property Consultant based at the Sango-Ota area of Ogun State.Other notorious Land grabbers,like Otunba Mufutau Akala, Kasali,Sergeant Kolapo Akaje of AIG zone 2,Otunba Lamina Sir K Oluwo who is a notorious land grabber who recently returned from prison and has numerous cases against him including the igbo olomu murders still hanging on his neck and his reputation as the King of Cultists/ Murderers, stormed the entire Oke Ota Ona area of Ikorodu with a sinister plan to use the Rightful owners demolition court order fraudulently to demolish innocent people’s houses and boasted that no matter the petition written to the CP of Lagos State he would turn a blind eye and these land Grabbers now used their armed thugs to enter their land forcibly and grab land are:- Alhaji Mutairu Owoeye,Otunba Lamina Sir K Oluwo,Otunba Mufutau Akala,Kasali,Surveyor Bayo Benson,Garba Owoeye,Alhaji Oloriti,Amanda,Alhaji Soro,Eleda

The source informed us further that,the said Owoeye had stationed paid thugs at the said Estate as a prelude to driving the owners away permanently.

“He(Owoeye) has multiple cases pending in some Courts across the States and these cases range from illegal land grabbing to alleged murders He and Sir Kay Oluwo suffered multiple arrests and detentions. They both appear to have turned torn coats.”.

The source further stated that the matter concerning the Estate in question had been domiciled in Court after all awaiting adjudication.

Of course,a heap of documents made available to our Correspondent showed that,the same documents given by the court to carry out demolition of illegal structures by the real owners of the Estate after which they won their case are being used by the defendants who have paid Alhaji Mutairu Owoeye,Otunba Mufutau Akala,Otunba Lamina Sir Kay Oluwo, Bayo Benson,Garba Owoeye and others to carry out their illegal activities uninhibited.

However,several attempts were made by our Correspondent to hear him out (Alhaji Owoeye) to no avail as his aides at his Sango Ota Office said he was indisposed.

A text message sent to his mobile phone was never returned.
The Lagos State Police Command’s image maker, Supol Muyiwa Adejobi,in the course of our enquiries told our Correspondent that police do not dwell in civil matters as Court is the appropriate place to file civil cases.

Meanwhile, investigation in the matter is ongoing.