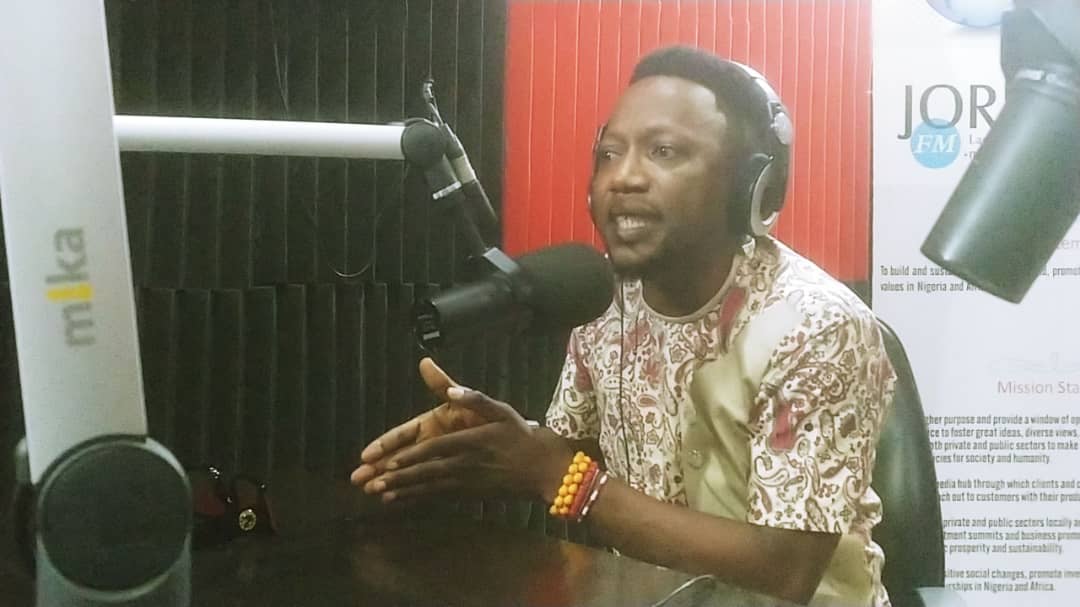 Fast-rising Comedian, African Pencil G, decries the snag of contents theft, being a recurrent decimal in the media outlets. The lad took to social media to express his displeasure at the manner with which some of his colleagues unduly captured his parody idea for their skit creation.

In a recent interview at Jordan FM, by the versatile broadcaster, Seanpolotee, popularly known as Baale of Jordan FM, The comedian got down on a couple of his colleagues whom he perceived to be attempting to be hijacking his comedy thought and ideas.

African Pencil G was credited with a standing of being the main Comic Herbalist with a Laptop. Being exceptionally funny, he surprised the internet world with his fairly remarkable idea that has never seized to hypnotize his adherents. The somewhat enigmatic comedian is often seen with contents that border around the 21st-century compliant herbalist who tends to communicate with the spirit world with his PC to attract the 21st-century youths who in turn shower him with overwhelming patronage and passion.

In the chat with Seanpolotee, the comedian mentioned some respected colleagues in the industry who in recent times have toed the path of his acclaimed content theft. He tried mentioning some names as perpetrators of this act.

“Now, I realise my skits are simply next to none, I can’t comprehend why a man would resort to stealing another’s idea before he could make meaning as an entertainer”, he fumes.

Whilst in recent skits, lots of them has been noticed to have come up with Herbalist with PC skits respectively, African Pencil G opines that these comedians could have come up with their skit concepts rather than infringing on his own being the pioneer of his unique style.

In conclusion, the Internet sensation promised his yearning fans, more hilarious skits as he tells them to keep an eye out for the unbeatable skits he shall be released for their maximum satisfaction that would give his colleagues a run for their money.