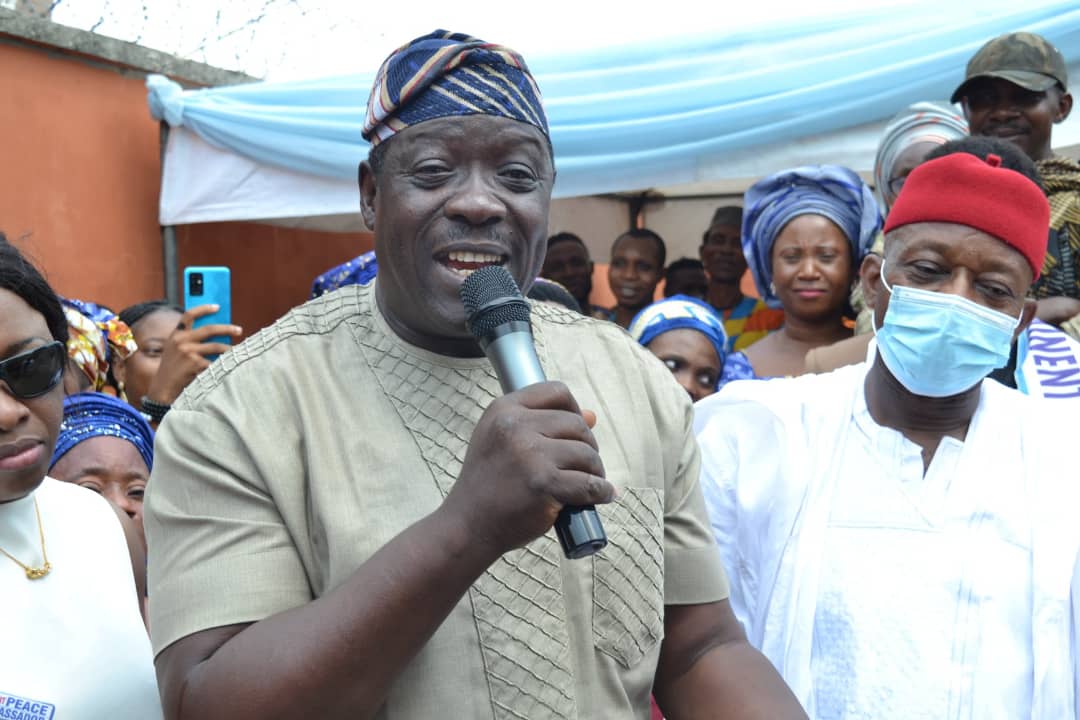 The leader of INRI Evangelical spiritual church, Primate Elijah Ayodele has been honoured at his annual thanksgiving and empowerment ceremony which was held yesterday in Lagos.

The record-breaking event was honored with several dignitaries across the globe; which had the presence of the Minister of Interior, Ogbeni Rauf Aregbesola, the Honourable representing Oshodi-Isolo in the Lagos House of Assembly, Jude Idimogu, Pro-chancellor of Oduduwa University, Dr Rahmon Adedoyin, the Ojon Of Ejigbo, Oba, Morufu Ojoola, Taiwo Hassan Ogogo, ] International Association of World Peace Advocates, IAWPA, delegates that include Amb Nabit Kapoor, Amb Blessing Palmberg, Amb Emmanuel Nkweke, among a host of other important personalities.

Ayodele was applauded for his special prophetic gift and the many role he has played in maintaining peace in Nigeria and Africa as a whole.

During his congratulatory message, the Minister of interior represented by Hon. Dipo Okeyemi described Primate Ayodele as a friend of the Ministry, and also applauded him for the many empowerment programs he has done for the widows, needy, Youth in the country. He congratulated him for his emergence as the first son of the IAWPA.

Speaking at the event, the Honourable representing Oshodi-Isolo, Hon Jude Idimogu posited that he refers to Primate Ayodele as ‘His Lord In The Lord’ due to the spiritual advice and support he has given Him and Oshodi-Isolo over the years.

Also, Oba Rahmon Adedoyin praised Primate Ayodele for his humility, spiritual support, while describing him as a friend and brother.

Furthermore, During the event, the international association of world peace advocates, a body affiliated with the United Nations decorated the popular man of God as the first ‘son’ of the organization, and hosted the United Nations flag in his church, making it the only place the flag can be found in Nigeria, apart from the United Nations Headquaters.

During the presentation, the organization described Primate Elijah Ayodele as a philanthropic and man of God who has never relented from giving even during Covid-19 surge. He was said to be a man of peace through his prayers, Prophecies, and humanitarian activities.

Being the first ambassador of the association, Primate Ayodele will be incharge of praying for the peace of countries, have authority in over 163 nations, and will become an International personality.

The height of the event was the massive Empowerment section that put tears of joy in the eyes of many.

As he has always done, Primate Ayodele gave out over Six tricycles, Millions of naira for House accommodation fee, serious health issues, JAMB forms, WAEC forms, School fees. Apart from this, Primate Ayodele solicited for Jobs, Jerusalem and Mecca pilgrimage, Scholarships for his church members, and they were all granted. Other materials given out includes Beds, Freezer, Television, Generator, to mention a few.

Continuing, Primate Ayodele set a record by becoming the only man of God to empower Journalists with about N2 million and two exotic cars.

Furthermore, during his speech, Primate Ayodele made it known that His love for humanitarian activities knows no bound, explaining that He doesn’t take tithe from anybody and that all he does is from his sweat.

He made it known that beyond prophecies even though he isn’t businessman as God is his source of income, He does a lot of Empowerment to the police, FRSC, and churches.

He appreciated the dignitaries who were around for the event, while announcing that His church will be kick-starting road construction in the community.