Zamfara State Governor, Bello Muhammed Matawalle has cleared the air about distortions of his interview with Channels Television, which was widely reported on social and traditional media as saying Bandits are not criminals.

The governor has been facing backlash over the distortions, with many condemning him especially in the face of increasing attacks by armed bandits across the country.

The clarification was made in a statement signed his Special Adviser on Media, Zailani Bappa at the weekend.

The statement reads in part: “This is a gross and mischievous distortion of what His Excellency actually said, which is that: “ALL FULANI ARE NOT CRIMINALS.

“At no point during the Channels TV interview did Governor Matawalle make the alluded statement. (The video clip of the Channel TV interview is attached for clarification.)

“Governor Matawalle is an avowed crusader for peace in Nigeria, especially in his state of Zamfara, where he has spared nothing in routing criminals and criminality of every sort.

“Mischief makers should find something else to do as the Governor cannot be distracted from the urgent task of curbing insecurity in Zamfara and indeed all over Nigeria.”

It would be recalled that prior to the administration of Governor Matawalle, Zamfara State was the hotbed of banditry in the country, with almost becoming ungovernable. However, Matawalle’s approach of re-aproachment with the bandits have largely been responsible for the relative peace in the state, with many bandits laying down their arms and embracing peace. 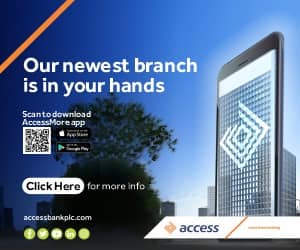