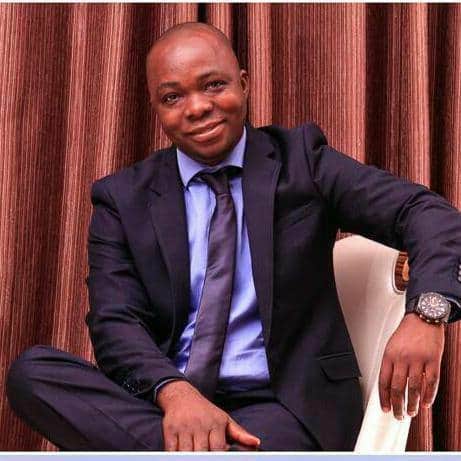 The name Micheal Idowu Obanewo has been synonymous with passion for service, compassion and responsible engagement with kinsmen of different age brackets over the years and this has been the hallmark of his life.

For Engr Mike, as he is widely called by both the young and the old in his community and among peers and colleagues, the passion for his people, especially youths, has become consummate and overriding. This has been variously attested to by many, whose path has crossed his, most times in life changing and destiny defining encounters.

A native of Ayetoro Gbede, Ijumu Local Government Area of Kogi State, Mike was born in Jos, Plateau State, North Central Nigeria, but had his primary school education in Ayetoro Gbede and Okoro Gbede High School for his secondary education before proceeding to the Federal University of Technology, Minna, Niger State where he studied Electrical and Computer Engineering. He is presently pursuing a Masters degree in Engineering Management at the University of Ibadan.

A member of several professional bodies with certifications in various areas that has direct impact on his field and beyond, Mike has had and is having a trailblazing career that has been highly impactful on the organisations he has been involved in.

Speaking about his love for service to his community and Environment, Mike said in a chat recent chat: “I have since had an interest to serve and bring about change and development to my community and it’s environs. My ties to the Community and its environs dates as far back as 2005.”.
With this statement, Micheal Idowu Obanewo, officially declared his intention to throw his hat into the political ring and contest election into the House of Representatives to represent the good people of Kabba/Bunu/Ijumu Federal Constituency, Kogi State in 2023.

This declaration, done on several platforms, including social media and during several trips to confer with leaders and elders of the communities that make up the Kabba/Bunu/Ijumu Federal Constituency, has brought up a major movement of people, both young and old, at home and outside the constituency, rooting for Engr Mike as the Peoples representative.

The groundswell of support for his ambition to represent his people comes as no surprise, especially considering his past and current selfless services to his community and those who have been opportune to come across him.

A past President of the Ayetoro Gbede Student Union, Mike is not entirely new to politics. As a mark of his sterling performance, he got reelected to the same office in 2006 after his first tenure in 2005 for the single year tenure union presidency.

While leading the union, an ambitious library project was embarked on to accommodate 120 people at at go.

Several people, including elites, who have queued behind him, in suport of his ambition, are quick to point out the several interventionist projects he has undertaken on behalf of the community over the years, and the many youths whose lives he has touched positively.

The projects include the extensive renovation of the General Hospital, Ayetoro Gbede in 2019. During the renovation, Engr Mike supplied and donated medical equipments such as Oxygen Concentrator, delivery beds, delivery instruments set, mobile operating lamp, sunctioning machine, beds and mattresses to the male, female and maternity ward.

Also worth mentioning is the renovation, restoration and upgrade of the central water system at the heart of Ayetoro Gbede with four different outlets within some quarters in year 2018. He also carried out the total overhauling of the 200kva Mikano generator that serves as the source of power to the water system which residents of the community and its environ have benefited and are still benefiting from.

In the area of education, Engr Mike paid the WAEC fees of all the SS3 students in Okoro Gbede High School in the year 2019, while also undertaking the payment of the school fees of many undergraduates from the constituency.

As a way of spreading his kind heartedness to other parts of the constituency, Engr Mike, in 2020, singlehandedly renovated the ICT Center in Ogidi town, Ijumu Local Government, bought a generator for the centre and is at the moment putting up a mini library to compliment the facilities, while also overhauling the solar system within the centre.

Aside these, Engr Mike has been involved over the years in the personal and career development of many indigenes of the Kabba/Bunu/Ijumu Federal Constituency, while also running an internship programme for Engineering graduates from which they gather enough experience for possible jobs opportunity.

It is on record that through this internship programme, 80% percent of them succeed in getting jobs at the end of their training, while he has also at various times used his official connections to maximise opportunities for his constituents, leading to a hoard of professionals around him, some who are expatriates in foreign countries.

Speaking on the motivation for service to his community and commitment to youth development and career advancement, Engr Mike said he saw a need within the community and since he had the means to provide a solution, he had no option than to stand in the gap. This, he said has made his community, Ayetoro Gbede and environs, to give him several awards.

Speaking on his ambition, Engr Mike said if given the opportunity to serve, the entire Kabba/Bunu/Ijumu Federal Constituency will benefit immensely from his developmental programmes aside the constituency projects.

He however said the identification of constituency projects will solely be done according to the need of the people.

On his plans for the constituency, the House of Representatives aspirant, who is still consulting on the most appropriate party platform to contest on, outlines them as follows: “There are just four issues on which my campaign plans will focus: Health, Education and Social/Economic Developments and Empowerment, Good Representation

“Knowing fully well that, the main purpose of the House of Representatives is to make laws and scrutinise the work of the executive, I will make sure, if elected, that whatever bills I will be sponsoring or co-sponsoring will be to the best interest of the constituency and Nigeria at large.

On education, he said: “If elected, my energy will be focused on lifting the standard of our schools in order to ensure that basic and qualitative education is enjoyed by all and sundry irrespective of their socio-economic and tribal status.”

For Social/Economic Development and Empowerment, Engr Mike said the first thing on his agenda is to improve the quality of life of his people by providing basic amenities.

“Unemployment is the order of the day for a lot of our young people from our constituency. I will take advantage of my good office, if given the opportunity, to help those we can, which of course, will yield to a multiplying effect in the long run.

“I will also support job creation, to provide employment for people who live within our constituency by promoting vocational education and small and medium scale enterprises, which will take advantage of our agricultural prowess, using them as raw materials. This would increase the income of our peasant farmers.

“I will pursue, vigorously, in collaboration with my prospective colleagues from other constituencies, the rehabilitation of the failed Kabba-Egbe-Ilorin Road, which incidentally is the longest and most important federal road in Kabba-Bunu/Ijumu Federal Constituency, in addition to Kabba-Omuo Federal Road.

“This will no doubt stimulate the socio-economic activities of not only our constituency, but also that of the entire Kogi West senatorial district, considering how strategic it is.”

On Health, he said he would focus on the provision of immediate and urgent equipment for hospitals in the constituency and health centres by partnering with various NGOs, private bodies and other stakeholders for an improved community health.

According to him, the above is achievable since that is what he has been practising and do daily in his private life.

“I believe it is time to show and demonstrate that change begins with us. I also believe I am that candidate who can bring about a positive turn around to the whole of the Kabba/Bunu/Ijumu Federal Constituency judging from what I have been able to achieve in the last few years even as a student when I was the Student Union President of the Ayetoro Gbede Community.

“Of course, to achieve all of my campaign plans, I will require the undiluted and unified support of all and sundry in the constituency.”

Speaking further on why he believes he is qualified for the job and why the electorate in the constituency should entrust him with their representation, Engr Mike said he has been proven to be trustworthy, reliable, selfless, focused and goal oriented.

“I see where there is a need/inadequacy and I strive to make things better. Posterity will surely speak for us. All of these and much more makes me the perfect candidate to represent the Kabba/Bunu/Ijumu Constituency.

“My patriotic zeal and passion to improve our constituency has spurred my candidacy, such that, I intend to run for public office.

“My major aim in running for office is to achieve a stronger constituency and bring life back into our communities, which unfortunately have suffered some sort of decline in recent years.

“As someone who had a humble life, growing up in Ayetoro Gbede, I would say that I know the value and importance of communities in townships. I see the extraordinary ways in which dwellers of our towns had over the years made effort to strengthen our communities even in difficult times.

“Therefore, the Kabba/Bunu/Ijumu Federal Constituency has no place for the armchair critic”, he said.

On the type of representative the constituency needs, Engr Mike said: “What we need is a progressive and risk taking leadership. A representative who will work for the whole of our society. We need them to move from promising us that a good process is in the offing to actually delivering on the stimuli necessary for sustainable development of our community

“The constituency needs someone like me who have the ability, the commitment, the determination, the drive and a real passion for our communities.

“I have been adequately prepared for the task ahead and I have given my word to God and the good people our constituency that I will serve and represent them to the best of my ability and with whatever resources at my disposal.

“I am not the average politician but a new breed with fresh ideas. Someone who has come to do things the right way by giving our people the best representation they can have. The time has come for things to be done rightly, with the people at the centre of our politics; that’s my focus, a people oriented politics.”