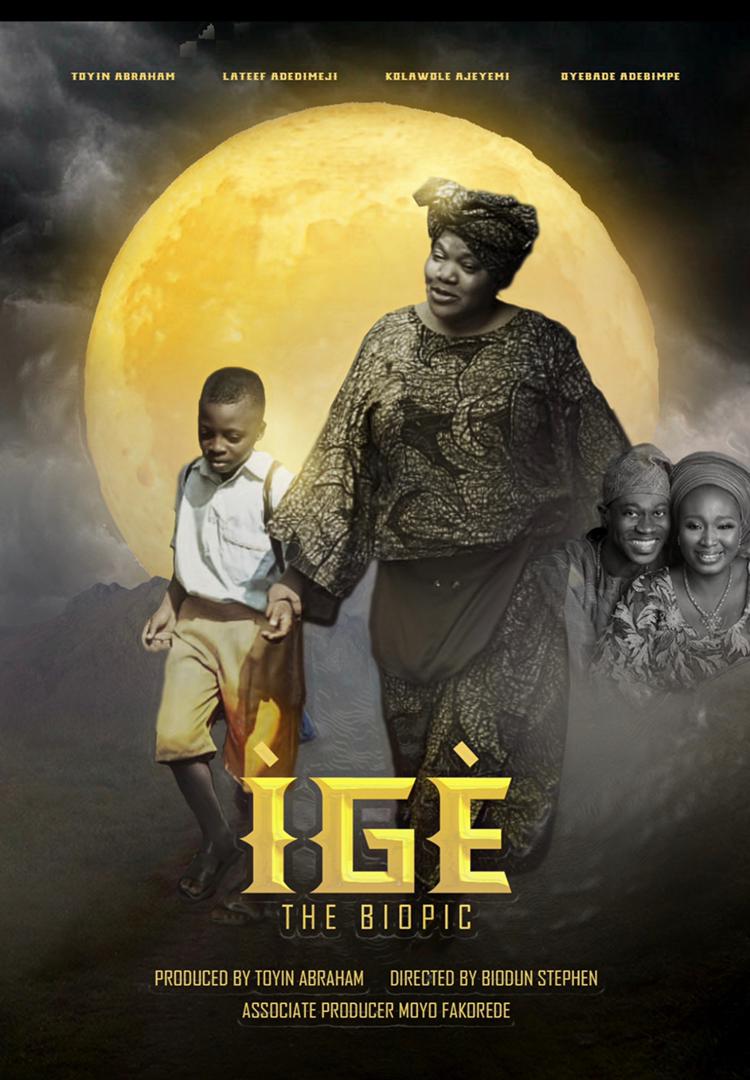 All is set for the premiere of the much talked-about movie ‘IGE’, the Unlikely Oil Merchant as it’s billed to hit the airwaves on April 3, 2021.

The movie, IGE is the true life story of an indefatigable and irrepressible oil and gas magnate, Aare Bashir Fakorede. It centers around his childhood and ‘grass to grace’ story which many have not been privileged to hear.

The premier is billed to hold at IMAX Filmhouse Cinema, Lekki Lagos, where top personalities from different walks of life gather together with the rare opportunity to know who Aare Bashir Fakorede is and how he became who he is today.

Top Nollywood actress, Toyin Abraham produced the movie while it was directed by Biodun Stephen. The cast in the movie were drawn from great talents in the Nigerian movie industry.

‘IGE’ the movie was adapted from the biography of Aare Fakorede which was written by his delectable and beautiful wife, Yeye Aare Tayo Fakorede while he attained the age of fifty.

The event which has been planned to be a 2-1 affair has also been marked out to celebrate the 50th birthday of the writer and wife of the Chairman of Bash Distinct Oil, Mrs Fakorede who will be joining the golden Club.

While speaking at the private preview of the movie in Lagos on Tuesday, Madam Fakorode said the idea for the movie was born out of the passion to pass a message across to youths who think life is like a bed of roses.

“The movie is to encourage the youths and teach them that hard works and determination pays and that most successful people don’t just wake up in a day and become rich, there is always a story behind those successes.

“I have noticed that the youths of these days are always on the fast lane, and movie is also a way of telling them to ‘calm down’. When they watch the movie, they will understand the reason why it’s good to grow in their own pace,” she said.

The movie portrays how Aare Fakorede, has weathered the storms of life by dint of hard work, perseverance, sacrifice and closeness to God before finding himself where he is today as he aims to achieve more.