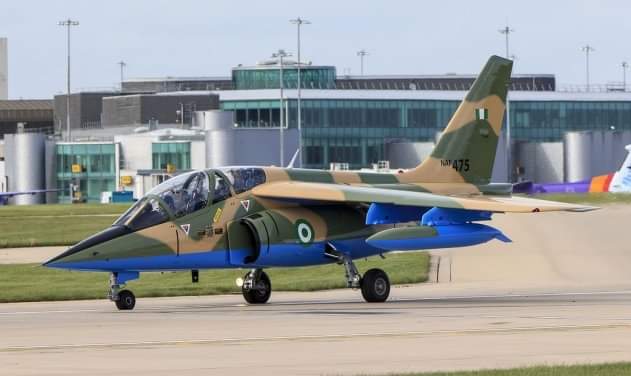 When God reveals what is going to happen through some of his anointed Prophet, the Almighty Reveals not to put fear/panic in the minds of many but to get them prepared for any unforeseen situation or circumstances, but he reveals to Redeems
This was the situation of the Nigeria military plane that was declared missing on 31 March 2021 and until this time of filling this story the whereabouts of the Nigeria alpha fighter jet is not ascertained
Had it been the government had listen to divine warning and prophecy from the clergy to pray with one voice such calamity would have been averted
Barely 72 hours before the plane went missing, the Senior Pastor of Grace Nation aka Liberation city, Dr Chris Okafor gave an Emergency warning against any Plane crash, at the Sunday Prophetic service of Grace Nation on the 28th March 2021,The man of God stop at the middle of the service to Prophesied that almighty God reveals to him to tell Nigerians, government agencies to immediately offers Prayers against any Possible plane crash, he was so specific that ,if prayers are not said immediately, Nigeria might witness yet another Plane Crash, it is established that God words will never fall on the ground vowed, if only the government listen to divine warning suck crash could has been averted
The Nigerian air force Alpha jet was declared missing on Wednesday March 31st during a Boko Haram operation in the North-East region of the country, intelligent report gathered by the Nigerian Air Force indicated that the Alpha Jet Aircraft [NAF475|that went off the Radar with Two Crew members on Board on march 31 2021 might have crashed