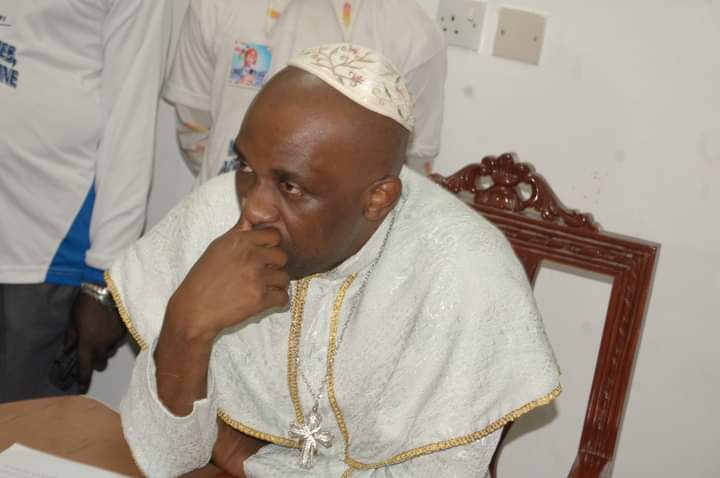 The leader of INRI Evangelical Spiritual Church, Primate Elijah Ayodele, has made some revelations about the state of insecurity in Nigeria.

The man of God revealed that God showed him that there are forces behind insecurity in Nigeria, and it is caused by the problems in the Presidential villa.

He explained that the problems are the ones turning into insecurity and economic crisis, making it known that there are a number of people ruling Nigeria.

He further exposed that there are so many things hidden about the Presidential villa which will be exposed soon, and that APC will have challenges before 2023.

‘’I see forces behind Insecurity In Nigeria, There is a problem in the villa, it is the one extending to our economy and security. Hidden things in villa will soon be exposed, there are a number of people ruling Nigeria, not the President, and they are fighting.

Soon, many things will unfold. Before 2023, this will affect the APC, I foresee a serious tussle between APC and APC Government.”

Also, the man of God revealed that he foresees an attack in some states soon which will bring about serious casualties. He warned the governors of the states to be vigilant and fortify the security of their states to avert it.

He also warned against attacks in some government houses as he foresees attack in some of the states.

‘’In Zamfara, Yobe, Adamawa, Borno, Jigawa, Abuja, Imo, Anambra, Ebonyi, Taraba, and Abia, I see unexpected attacks that will record serious casualties, the governors should wake up to face this squarely. They must also ensure they guide their government houses very well against attacks.

Let army watch their armory, Air force should also be watchful in attack against Bandits to avoid more air accidents.”

Furthermore, He advised the Eastern governors to take the Indigenous people of Biafra (IPOB), and Eastern security networks seriously.

Continuing, the popular prophet gave a warning to the acting national chairman of the All progressive congress, Mai Mala Buni who is also the governor of Yobe state against his political steps.

‘The current APC National acting chairman will be attacked by some governors that don’t want his policies and plans, his next political step will be frustrated, Let him commit his ways in the hands of God, I see a serious gang-up against him