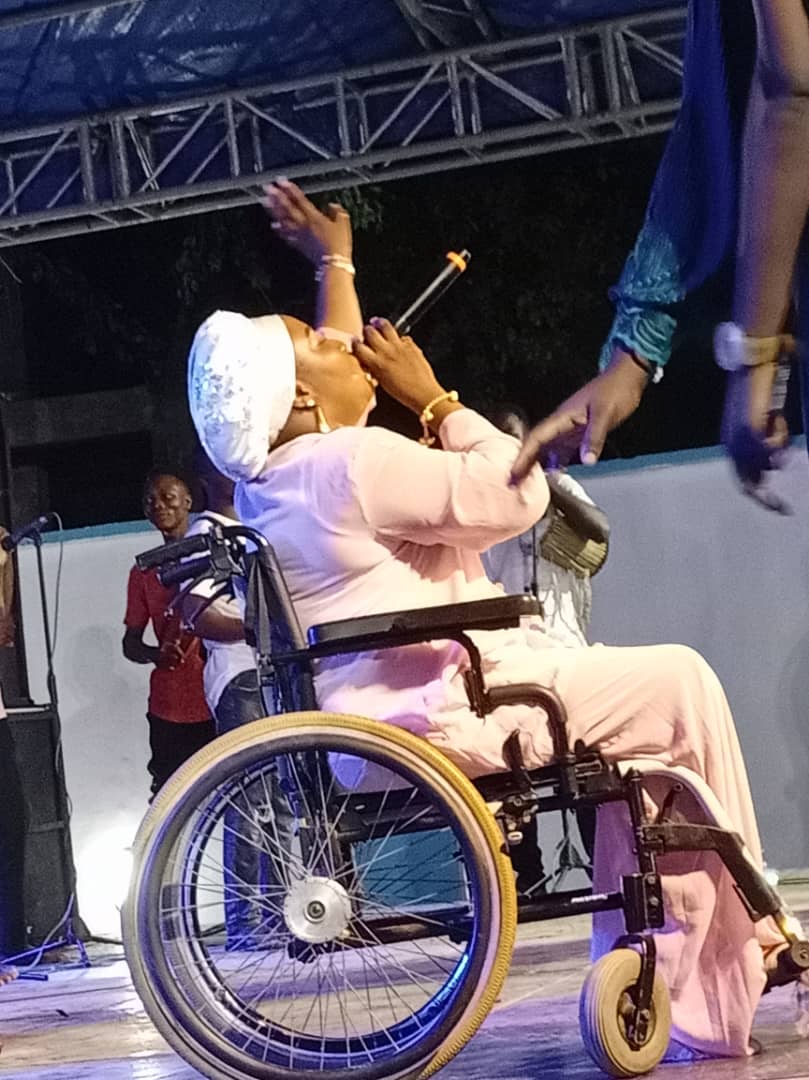 The programme tagged Unstoppable Glorious Natal Praise with the theme: Divine Restoration will hold in conjunction with Julie King Productions on her birthday, Wednesday, 14th April, 2021 in Lagos, and it will be streamed live online@ nifemigoldmusic, and Facebook:Nifemygold Oluwatobi Niol.

The easy-going and very focused Nifemi Gold is a goal- getter, she doesn’t allow her disability to affect her ability as she keeps waxing stronger in her career.

Pretty and single mother of three Oluwanifemi was not born a disable, she encountered it in her journey of life.

Hear her “My health challenges began when I departed with my ex. We departed because my mother-in-law connived with him to matreat me. The statement she uttered that seperated us was that the last child I had for him was not his. At this point, I demanded for DNA test and my husband took me to court for divorce but with conspiracy from his lawyer, they wanted to have my baby in their custody which I disagreed with.
After this, the Military locked him up that he must pay assault fee, which he did because I worked with the Military then”
After this bruohaha, he promised to be giving me Ten thousand naira for the upkeep of the child, which I rejected then that it was too small.

However, we eventually went to the hospital to facilitate the DNA and we were asked to pay One hundred and fifty thousand naira and my mother- in-law said we should divide the money into two to pay Seventy five thousand naira each but I refused to pay because I know the child belong to him. I would rather keep my own part of the money if I have it for the upkeep of my child”.

Hence, when she couldn’t hear
anything from her ex between year 2014 and 2016, she became traumatized and in addition to her past, she was psychologically affected.

Information had it that Nifemi was at work on that faithful day when she told her boss she wasn’t feeling comfortable and she was permitted to go home. She was about leaving the office when she collapsed and rolled down the staircases. She later heard that she was in comma for 3 months, because she hit her head on the pillar.
Additional story has it that after she came back from comma, she couldn’t talk, walk and sit for another two years and the Almighty God helped her out of the condition.

Presently, Nifemi who is still on the wheel chair needs 25million naira for further treatment abroad, as she is seeking support from corporate organizations, governments and individual with milk of kindness to come to her aids.