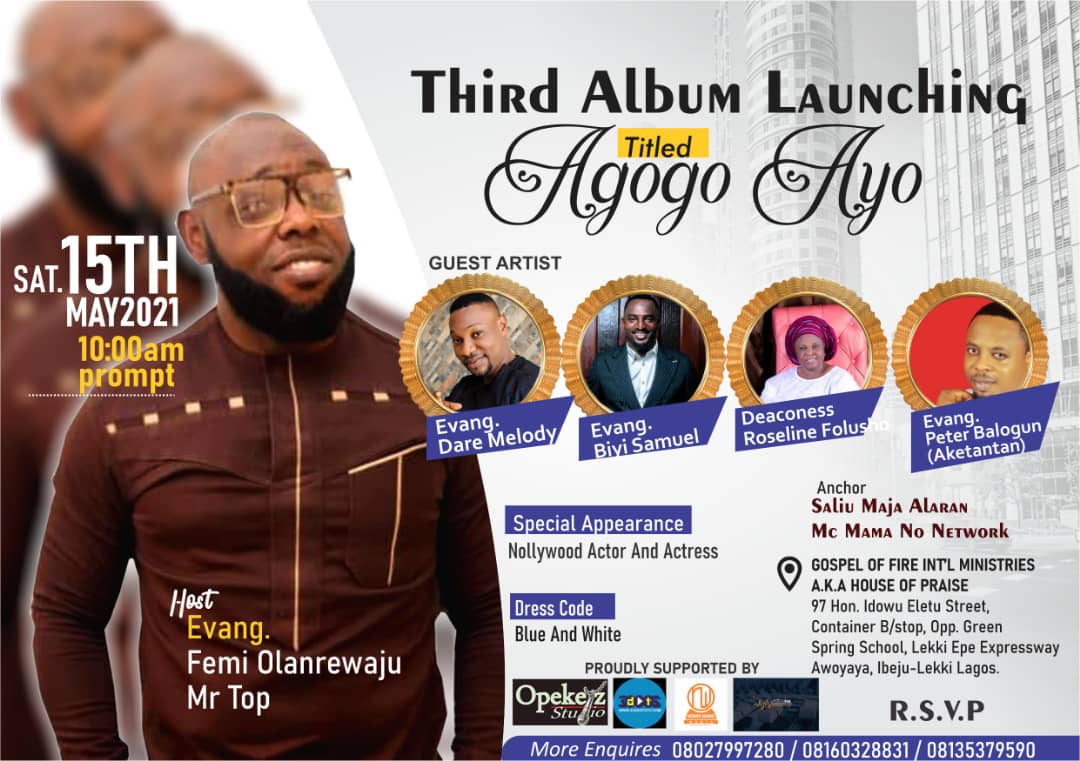 Evang Femi Olanrewaju aka Mr. Top, one of Nigeria’s most versatile gospel artistes who has made music with big names in both the secular and gospel industry, has released his third album titled “Agogo Ayo” – a four track song with a beautiful poster that is already trending on social media.

According to Mr. Top (full name Femi Olanrewaju) says his new album, the lyrics and gentle melody of which everyone can easily sing along with, is a collective call unto God Almighty not to forsake humanity in the throes of this pandemic and hardship. And I know that all those who call upon the name of the Lord will be saved.”

Mr. Top “Agogo Ayo” – produced by Opekeyz Studio – is coming on the heels of “Yipada” (Change) fourth single, which he released 2017, bringing to second, the new Ago Ayo he has done in piecing together his maiden album slated for starting 2021.

Based in Lagos, Femi Olanrewaju is a performing Nigerian gospel artiste, song writer and a creative designer. He was born into Olanrewaju family and started singing in church as a child.

He started his musical career professionally over 15 years ago. He has performed in and out of studio with notable Nigerian artistes like Evag. Dare Melody, Biyi Samuel others.

As a worship and praise singer, he has helped other junior colleagues his contemporaries from denominations, professionally. His versatility covers every genre of music.