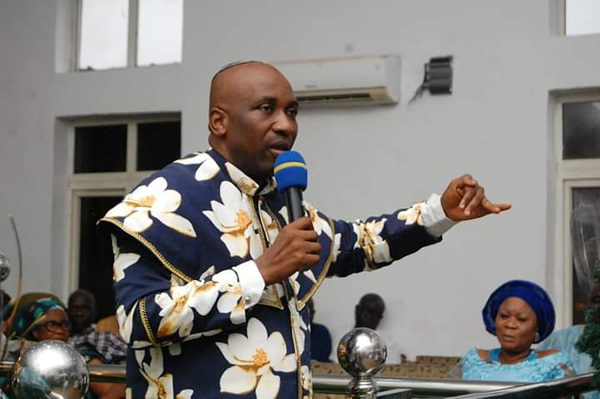 The leader of INRI Evangelical spiritual church, Primate Elijah Ayodele, has reacted to the death of the second African president in two months, Idriss Derby, the president of Chad.

His death comes after that of John Magufuli of Tanzania, who died in March.

Primate Ayodele in a message released by his media office on Tuesday revealed that God is angry with African presidents, and until they repent of their ways, several evil occurrence will not cease to happen.

He made it known that Africa is one of the blessed continent in the world, but the leaders have taken God for granted, and have failed to work in Him, which is the reason for the death of prominent leaders of the continent.

He noted that although some of our former presidents will die, but sitting presidents will follow suit except they do the needful either by resigning or taking the right steps.

Ayodele said: “African presidents have taken God for granted and they don’t listen to God’s warnings.

“As I have said, there are prophets in this world.

“God can send prophets to anyone.

“Your own is to listen and do the needful things as required by God, even if it has to do with resigning from power or take the right step.

“We have lots of presidents that have spent many years in power depriving people of what is needed from them as leaders.

“Death will still deal with these set of people, if they don’t resign quickly.

“This is for all African presidents that are not doing the right thing, deceiving people, encouraging corruption, they will soon see troubles, serious ones.

“Africa is one of the best continents in the world, but we have people who have mismanaged Africa.

“There is going to be another death of a sitting president.

“Apart from former presidents that will come up, we will have the death of another sitting president soon because God is angry with so many of them.

“The following Presidents should pray for their health, they need to commit themselves to God or else the unexpected will surely happen: Presidents of Congo Brazzaville, Cameroon, Guinea, Sierra Leone.

Uganda President also needs prayers for his life and he should be watchful as there may be unexpected shooting, bomb scare close to his presidential office.

“His life is under threat.”

Also, the man of God revealed that there is need for Africans to pray against attempted coup as he foresees one happening, alongside some other unpleasant things in some African countries.

Ayodele said: “We still need to pray not to see attempted coup in Africa.

“Insecurity and sea piracy will be the order of the day in Africa.

“Some countries that don’t have bomb scares before will begin to have it.

“We need to pray.

“The African Union should look into all these countries.

“A new terrorist group is coming.

“I have been warning about this severally.

“Somalia president, Cape Verde president will create troubles for themselves because insecurity and terrorism will cause problems for them.

“Somalia president will want to stay more in power, and this will cause lot of troubles.

“Ghana will have ethnicity issues and internal crisis.

“In Nigeria, we need to pray for our president for God’s guidance and protection.

“In Nigeria, the wrath of God will start coming on those who have taken our country backwards.

“Let them wait for God’s annoyance.”

Furthermore, Ayodele warned the newly-appointed Head of State for Chad, Kaka Idriss Derby, to be careful of his steps as he foresees another crisis rising up in the country.