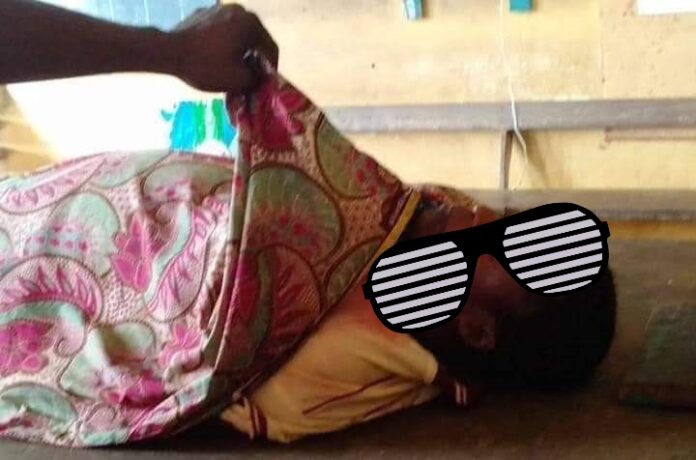 A woman, Joy Owoyele, on Saturday collapsed and died while fasting.

She had been placed on a 14-day fasting programme by the Christ Apostolic Church, Ori-Oke Gbogunmi, aka Ajanpelenbe Mountain, located on Pipeline Road, Isheri Olofin, Lagos, over marital problems.

She however died on the 10th day.

Owoyele, according to reports, had been praying for her husband to return after abandoning her and their child for seven years.

Narrating how the incident happened around 7am, Alfred Sunday, the pastor, said the woman and her daughter, Oluwatise, had been in the church together when he was called that Owoyele had slumped. He explained that on getting there, she could only answer her name faintly. She was rushed to the Igando General Hospital, where she was pronounced dead.

“The incident happened around 7am. I was praying on the altar when one of the church members informed me that she had passed out,” he told Punch Metro.

“When I moved closer to assess her, I observed that she could not stand up and when I called her name, she answered faintly. We had to rush her to the Igando General Hospital for treatment, but she died.”

The pastor explained that he went to the Idimu Police Station to report the incident, adding that during investigation, the police detained him and the General Overseer of the church. He said the deceased’s family insisted they did not want to press any charge.

Sunday revealed that church members who embark such fast are now forced to break with pap and water, not honey and water as was the case with Owoyele.