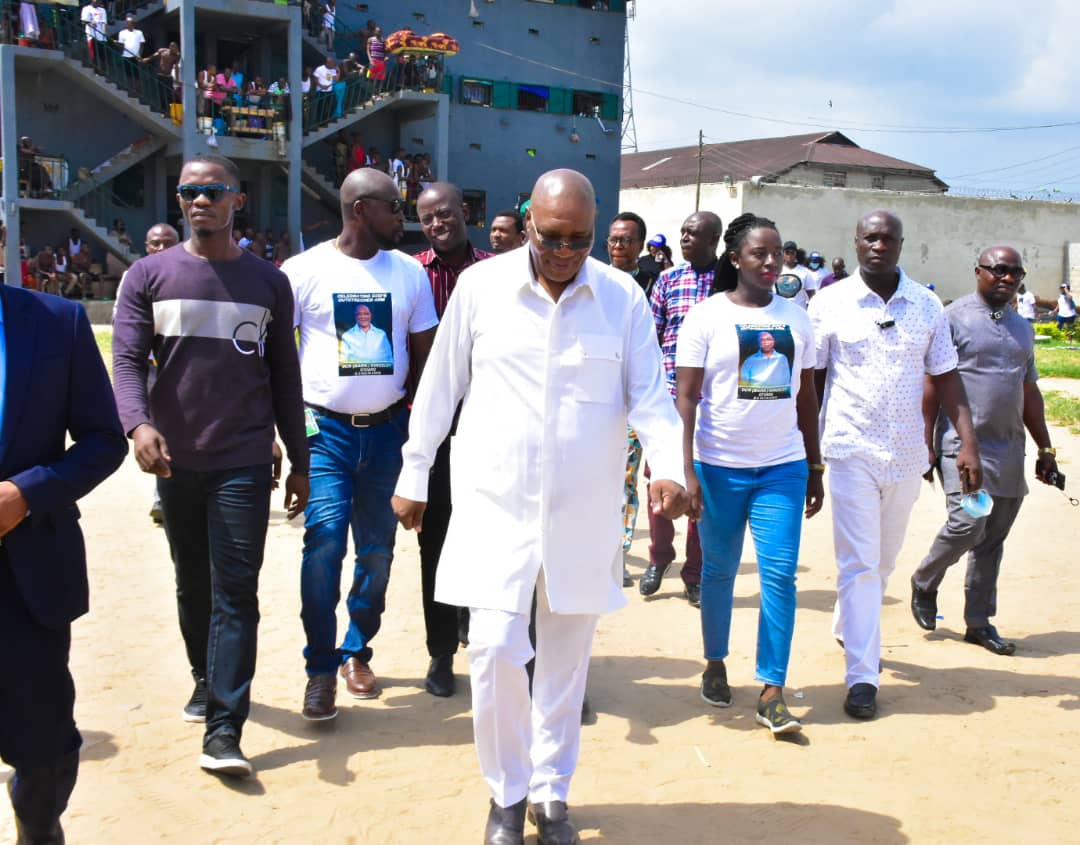 The State Deputy Governor, Deacon Kingsley Otuaro has encouraged inmates of the Nigerian Correctional Service, Warri Custodian Centre not to dispair over their situation but put their trust in God to regain freedom.

Deacon Otuaro who stated this when he celebrated his birthday with the inmates said there was nothing impossible for God to do.

The State Deputy Governor noted that he was very familiar with the Warri Custodian Centre having begun a prison outreach fifteen years ago as instructed by Pastor Chris Oyakhilome ,the Founder and President of LoveWorld Incorporated also known as Christ Embassy.

Deacon Otuaro said he had contributed to the welfare of several inmates as well as assisted many others to regain freedom.

He queried the attitude of some who still return to prison after their release from incarceration following their re- involvement in crimininal activities.

The Deputy Governor advised the inmates to take the gospel seriously as God sends His word to deliver people from captivity stressing that God can turn any situation around for good and to His glory.

Otuaro noted that those condemned to death could regain freedom with the help of God stressing the need for them to hold on to the word of God and thanked the Prison officials for giving him the opportunity to celebrate his birthday with the inmates.

The Wife of the Deputy Governor, Engineer Ebierin Otuaro read the only lesson taking from the book of Psalms I00 versus one to five.

The Deputy Controller, Warri Custodian Centre, Mr Okonkwo Adimabua and the Chaplain, Reverend Patrick Ulikinfun congratulated the Deputy Governor on his birthday anniversary and commended him for celebrating with the inmates when he had the opportunity to celebrate with the elites in the society.

For his part, the Inmate General Pastor said the inmates were happy that the State Deputy Governor, Deacon Kingsley Otuaro came to celebrate his birthday with them and and commended Christ Embassy Church for its support to the Prisons over the years.

He appealed to the Deputy Governor to assist some of those convicted through the prerogative of mercy to regain freedom having spent over ten years in prison.

In a brief exhortation, the Group Pastor Edjeba Group, Christ Embassy, Pastor Marilyn Ogaga who described the Deputy Governor, Deacon Kingsley Otuaro as an exceptional personality commended him for celebrating his birthday with inmates.

She admonished the inmates to look up to God over their situation and should not lose their vision by worrying as that could worsen the situation.

The highlight of the event was the cutting of the birthday anniversary cake by the Deputy Governor, Deacon Kingsley Otuaro flanked by his wife and other dignitaries.