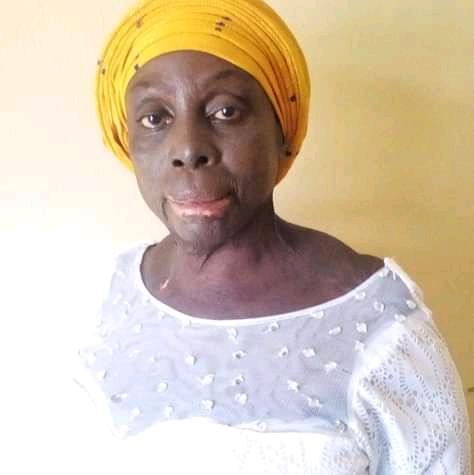 The new album Olowokere said was spiritually composed to uplift human’s spirit and a means to testify to the good things God has done in everyone’s life.

She told our reporter that she want a good record label who can take up the job. ”Since I recorded this Good News, I have been searching for a good marketer to take up the job. In fact, I needed their support to return me into the industry and I am sure we shall both enjoy the deal with mutual agreement’.”
Narrating why she left Bayowa’s record, Ajonamaku declared that she signed three years record agreement with Bayowa’s record and ended up spending five years. ” I did two albums for him ‘Ajonamaku’ and Holy Spirit”.
Morenikeji noted that, though she didn’t benefit any financial gain but she gained popularity during the period she was with Bayowa Records.

Taking us through the incident that led to her being burnt, Morenikeji hinted that it’s a battle of spiritual foundation. ” I have lost all my family, my father, mother and my three siblings within the space of two years.
Hence I kept hearing voice telling me what was I doing in life but I kept ignoring the voice. But, on that bad day, I was sleeping beside my husband when I heard a strange voice in my ears at the middle of the night that told me to go to the kitchen and pour kerosene on myself and lit myself with matches. Following this strange voice led me to my present situation’.”

Ajonamaku recollected that it took her two years moving from one hospital to another before she received her healing.
It would interest you to know that Ajonamaku was blessed with one kid before she was burnt but was later blessed with three more kids after her predicament.